Their project, called PriMA Prosthetics, provides touch-sensing capabilities for patients along with heating and cooling of the residual limb to prevent sweating and sores during high or low temperature environments. The arm is operated on myoelectric EMG signals from the bicep, and the hand can firmly hold about 50 lbs. It is also is the first one in market history to provide touch-sensing capabilities that allow the user to determine the strength necessary to pick up or hold an object. It also can be produced at an affordable pricing point of just $1,500. This can save patients thousands of dollars over their lifetime use. 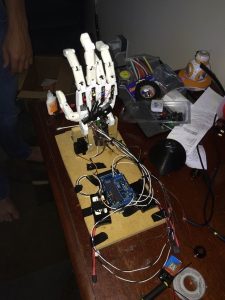 Each arm comes equipped with an android app, which allows the user to easily toggle through and select gestures suitable for their work environment and file maintenance request when necessary.

Mechanical engineering senior Doug Brown said his team’s project is essential to the improvement of life for people who are struggling with limb amputations or birth defects. The arm has the ability to drastically undercut the market by providing one of the cheapest arms out there, coupled with some of the highest functionality one can find.

The team was inspired to pursue such an advanced prosthetic because of the deprivation of life seen in the patients of the market they analyzed. The average prosthetic arm with decent functionality starts at $50,000. 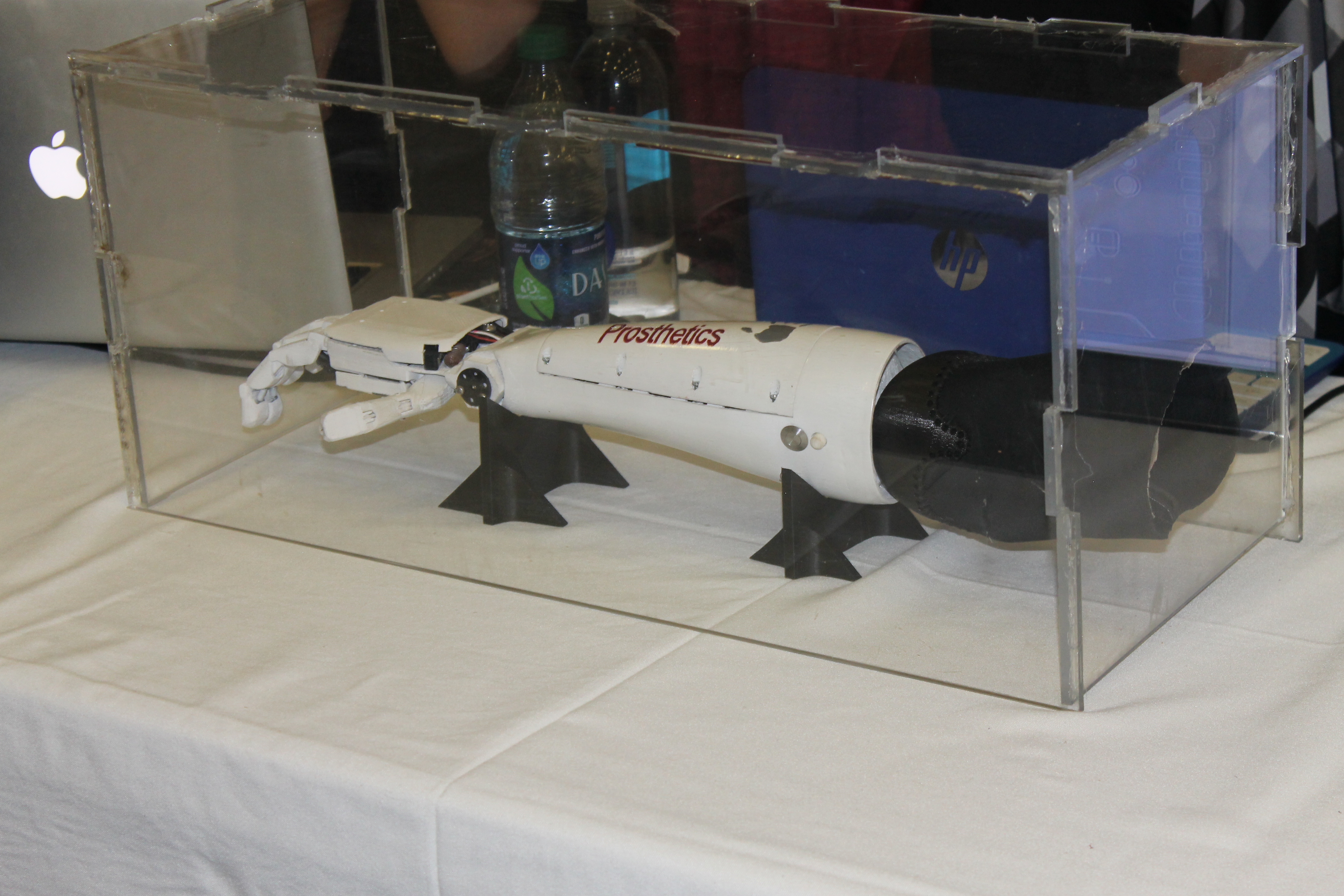 “Most insurance companies won’t cover the annual purchase or renovations of prosthetics at this price tag, forcing the financing onto the patient,” Brown said. “For instance, if you’re a middle or lower class family with a child affected with limb deficiencies, it would cost on average between $750,000-$1M to raise said child to an adult age of 18.”

Market leader Ottobock profits $1.2 billion a year from prosthetic technologies. The team wanted to give an arm to the public that people could afford with or without insurance that not only provided the same mechanical functionality but higher comfort and user friendly environments.

At $1,500, the average insurance company would only charge patients a $50 deductible a year to keep their prosthetics in proper maintenance, Brown said.

According to Brown, the project was the definition of real world experience. It was a testament to see how much the team was capable of in a short 6-month time frame.

“We were all handed a project we knew literally nothing about and managed to put in enough work to make a difference,” Brown said. “Not to mention it forced us to experience in-depth hands-on experience with a variety of disciplines and mechanical systems.”
Brown advises students to push themselves to the breaking point when it comes to whatever project they may be working on.

“For us as a team, we were able to achieve so much because we simply engulfed ourselves in information,” Brown said.  “To be honest, some of our most significant discoveries and breakthroughs happened at 3:30 in the morning after seven hours of constant work.”

“The biggest mistake America ever made was taking away woodshop in high schools,” Brown said. “A student can learn all the formulas in the world through a book. However, taking a design and bringing it to life with today’s machinery takes a completely different level of skills which can only be learned by hands-on experience.