3D bioprinting has captivated both pop culture and science for decades with its potential to restore and create organs.

In the 1997 sci-fi favorite, “The Fifth Element,” an unlikely-paired team is confronted with an evil entity swallowing the universe, and the key to stop it all started with a 3D bioprinter. The “Supreme Being,” LeeLoo, is the universe’s only hope, but unfortunately all that is left of her is her decapitated arm. Thankfully, the team has a highly advanced 3D bioprinter that can completely reconstruct LeeLoo and save the universe—bioprinting saves the world.

Making 3D bioprinting mainstream has proved a difficult task for industry to take on, but breakthroughs are starting to emerge.  As the cliché goes – science fiction is becoming reality. 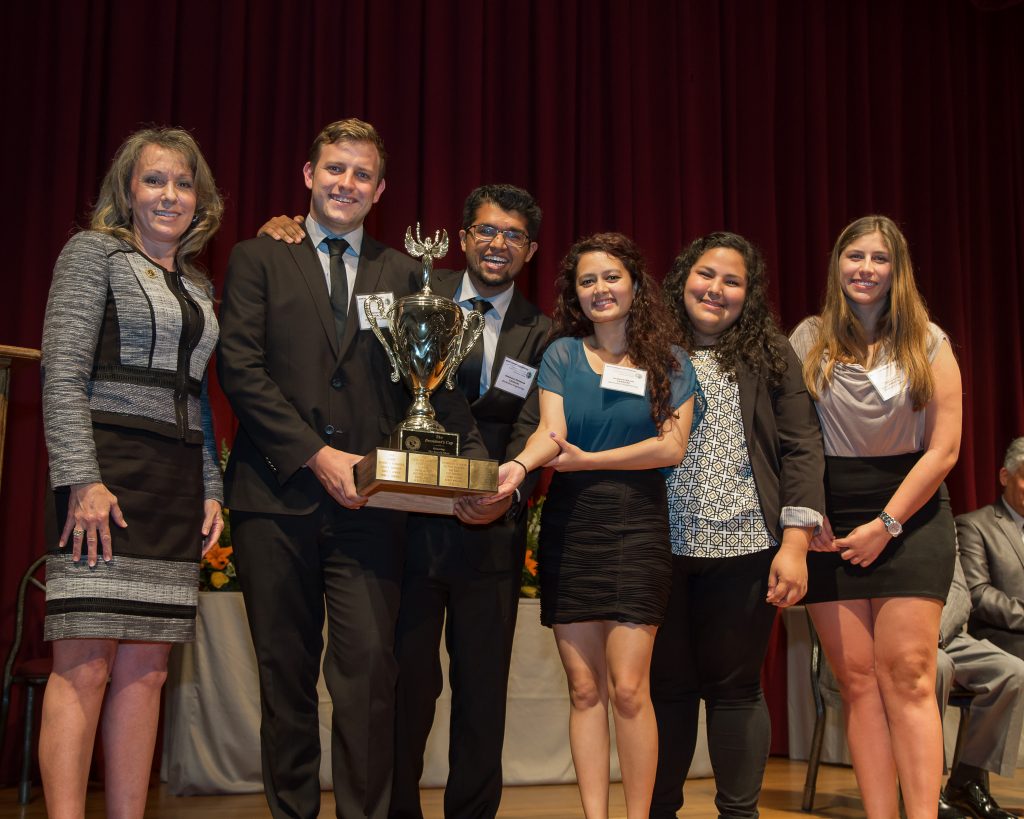 The printer is now a resource for future design students to use in the quest to make bioprinting as accessible to the biomedical engineering industry as 3D printing.

“Lab space is very confined, so having a stand-alone 3D bioprinter will clear up some space and allow more work to be done,” Hume said.

Bioprinters can be thought of as an amalgam of a traditional inkjet printer and 3D printer. Think of the cells as the ink and the hydrogel polymer, the structural support needed for tissue construction, as the plastic filament. Together, the cells and hydrogel form tissue, the building blocks of organs.

Building the printer is one thing, but building viable cells is quite another. Cell creation must be done in a sterile lab with large hoods that require large capital investments for universities. Many students are often vying for lab time to build their cells. For Hume’s team, the natural progression was to bring the sterile environment required for sensitive cell creation to the 3D printer.

“The problem with hoods, is that it is very restrictive,” Hume said. “You only have a small opening into the cabinet and all work has to be done inside that cabinet.”

The team’s design allows for multiple 3D bioprinters to be running side-by-side inside an encased sterile environment. This kind of all-in-one approach enables scientists to conduct more advanced experiments that require longer print times because the sterile environment wards off cell death.

“With our 3D bioprinter, we can control variables like temperature, humidity and the carbon dioxide concentration, which is done through the use of a HEPA filter,” Hume said.

Currently the only 3D bioprinter on the market is the NovoGen MMX by Organova developed under the codename “Project LeeLoo.”