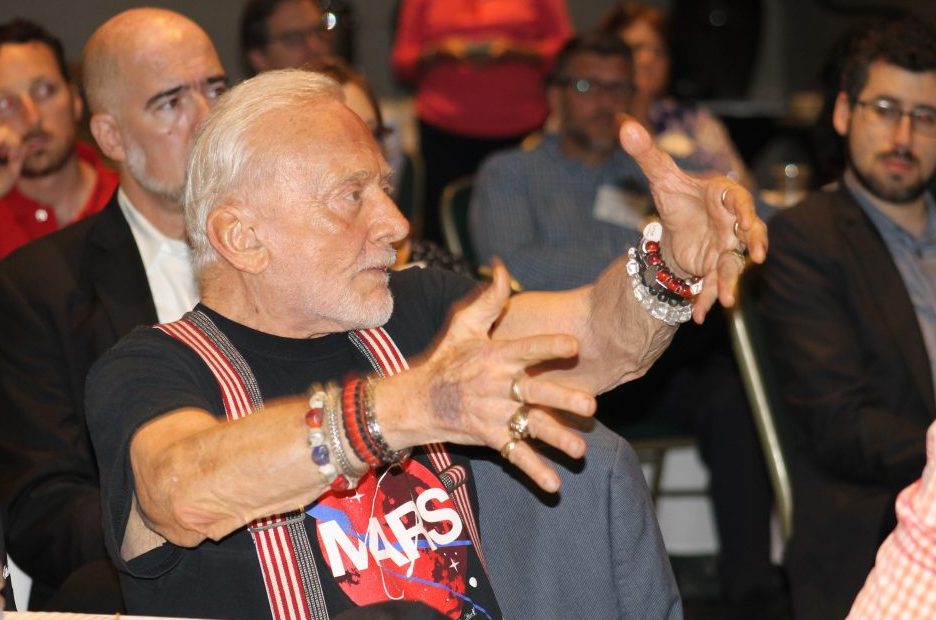 When it comes to discussing plans to get humans to Mars, the focus is often on the rockets and technology required to get there. Less attention has been paid to another component critical to the success of future missions: the crew member.

That is until now. On May 30-31, researchers from across North America gathered at Kennedy Space Center Visitor Complex for the Mars Mission Social Sciences Workshop co-hosted by Florida Institute of Technology’s Buzz Aldrin Space Institute and its Institute for Cross Cultural Management. The two-day event  brought together leading scholars from a variety of social science disciplines to develop common characterizations of the psychological, sociological and human performance challenges associated with permanent Mars colonization, and to consider the approaches and research needed to cope with these challenges.

On Tuesday, Andrew Aldrin, director of the Buzz Aldrin Space Institute, welcomed the gathered researchers before turning the podium over to BASI founder Buzz Aldrin, pictured above and below, center, who shared his personal vision for getting humans on Mars and living there permanently.

The workshop featured social science presentations based on overarching topics such as psychiatric health and disorders; group and team dynamics; international and cultural issues; human factors and human-centered design; and historical, sociological, and anthropological perspectives on colonization.

“The trailblazing men and women who will one day travel to Mars face a long, arduous journey,” workshop organizer Jessica Wildman,who is research director at the Institute for Cross Cultural Management, said. “We are hopeful that our research and shared scholarship will allow us to develop ways to improve the probability of making those journeys successful and safe.”

Florida Tech faculty talked on a number topics, including:

The second day was centered around  small, multidisciplinary working groups focused on developing  research agendas within the various sub-topics identified during the first day, and it concluded with formal brief-backs from each working group to wrap up discussions and plan next steps.

The Mars mission will undoubtedly be an international one. “Like many large scale challenges, the Mars mission is too complex for any one organization, or any one nation, to accomplish alone,” said ICCM Executive Director Richard Griffith. “Cultural competence of the crew and support team will be a key variable in mission success.”

Wildman added, “The intended final product of the workshop is a research agenda report that is truly integrative and interdisciplinary.