Engineers making a difference in the world was at the center of celebration of Engineers Week at Florida Tech. The College of Engineering and the Florida Tech Innovation Council hosted a series of public events last week in an effort to increase awareness about the need for engineers.

Martin Glicksman, dean of Florida Tech’s College of Engineering, began the week with an event spotlighting diversity in engineering. A panel of speakers offered personal insight into the variety of opportunities in the field. 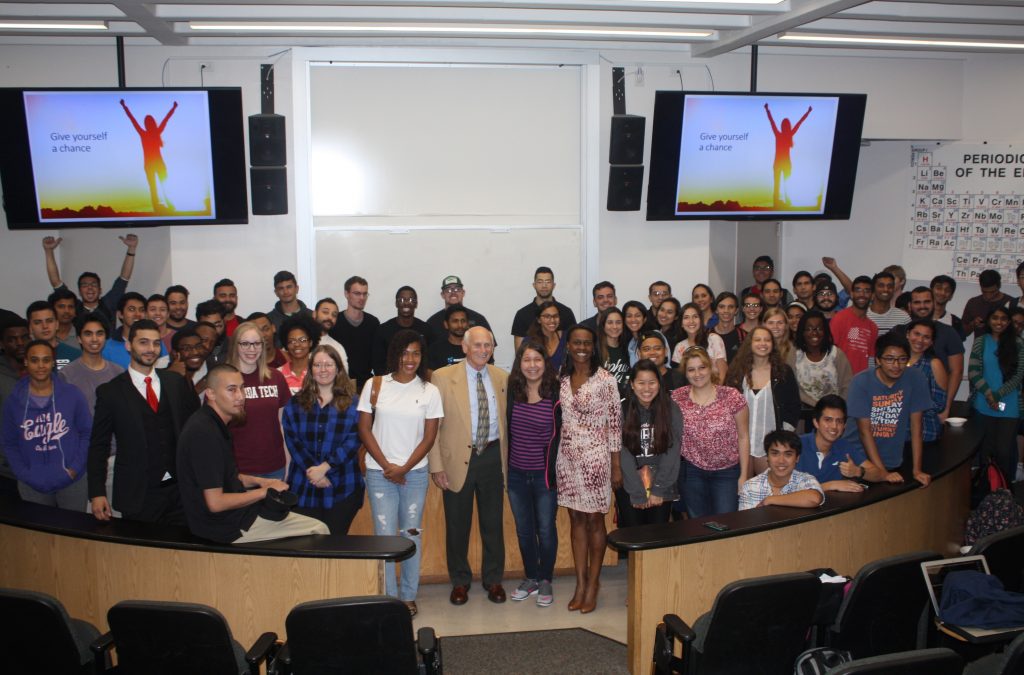 Speakers included Jokeeta Johnson who shared her experience as a non-traditional engineer. Johnson works for Thales, a tech company focused on airline in-flight entertainment systems.  Florida Tech associate professor Michael King was also on hand. King works with the Harris Institute for Assured Information. He discussed the academic fields of STEM. Andres Vargas and Naomi Hernandez from Northrop Grumman also addressed the group with advice on empowering the Hispanic community in STEM fields. 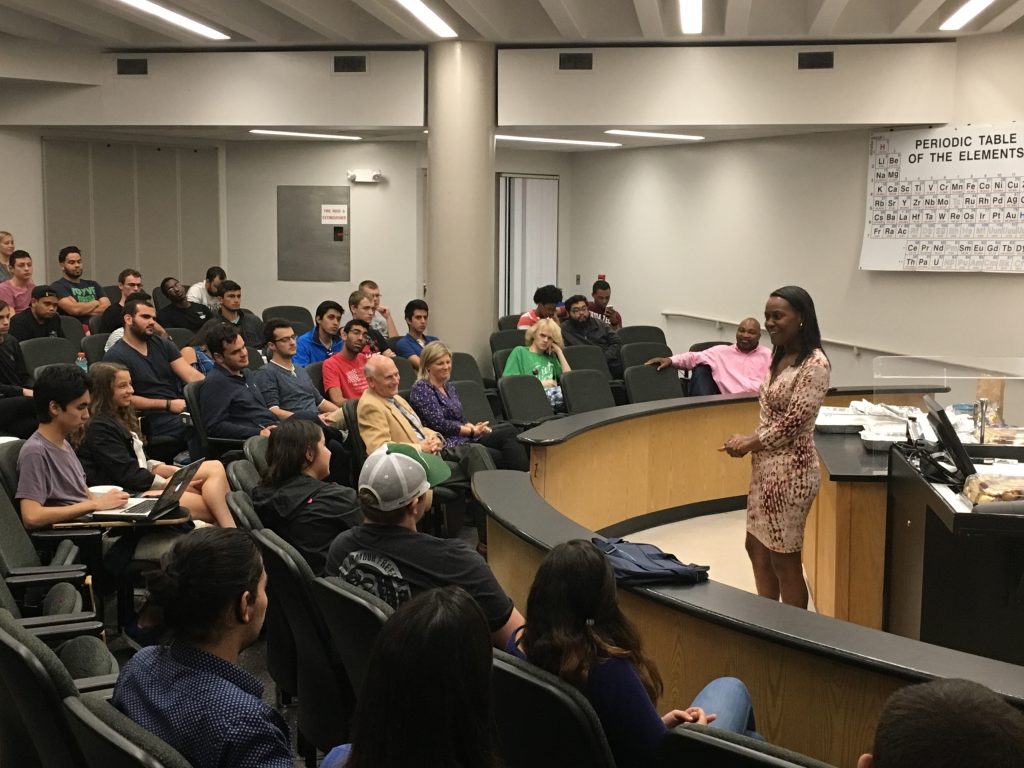 Engineers Week 101: Always Have a Plan B

On Wednesday aerospace engineering major Noemi Redak said the planned paper airplane competition was thwarted by rain. However she decided the show must go on.

“We were challenged by the rain so we highlighted the idea that in the aerospace field you always need a Plan B,” Redak said. “Instead we used our mini-wind tunnel and launched paper helicopters.” 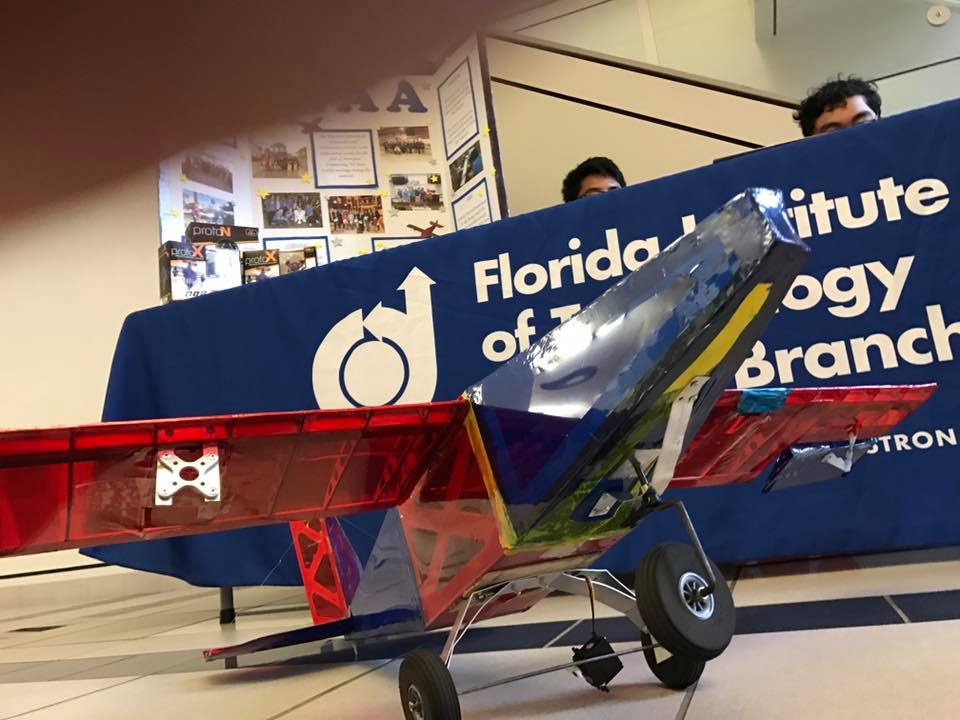 Thursday night, the Institute of Electrical and Electronics Engineers (IEEE)  hosted Jiten Chandiramani, the CEO and founder of Jaycon Systems.  He discussed his path from student at Florida Tech, to founder of a start-up business. Jaycon is a product design company specializing in engineering, design and manufacturing. 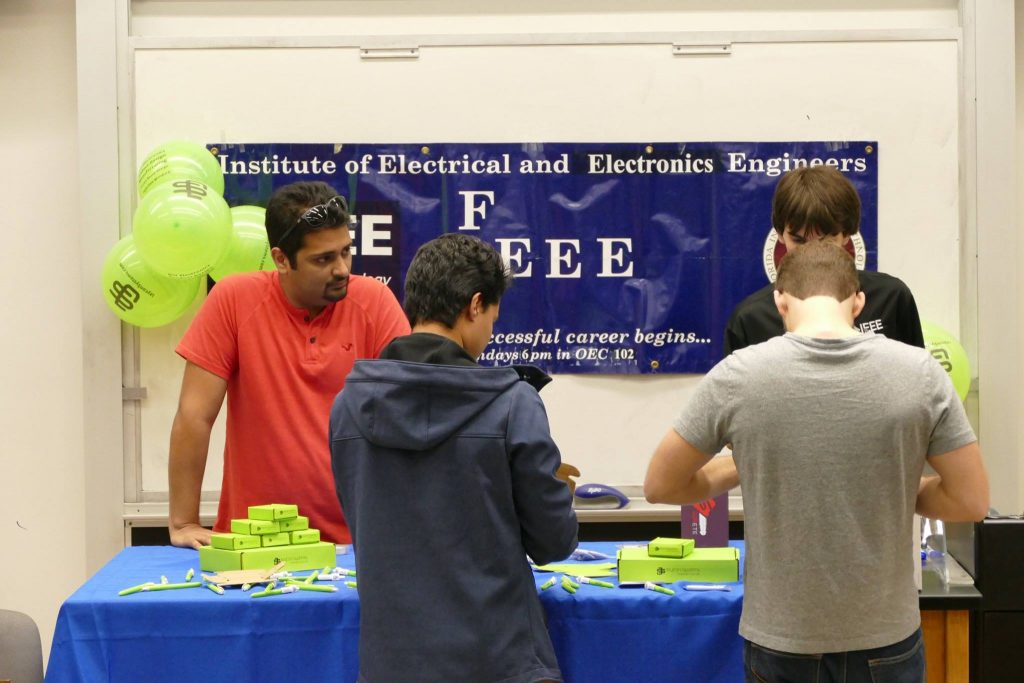 An Elympics (Engineering Olympics) celebration closed out the week on Friday as students competed in two challenges. In the first, they were tasked with building the tallest cup tower. Of course, there was a catch. All the team’s builders were blind folded. They had to work with their teammates to build (and hopefully not knock down) the tower. Teams then turned their attention to building the strongest bridge they could – out of marshmallows.

This is the second year Briana Cantos has led the planning committee for Florida Tech’s Engineers Week. She said the week was a true success.

“Overall we had good attendance at all our events.  We give thanks to all our guest speakers and volunteers that made the week possible,” Cantos said.  “I think this year we were able to bring more groups of people together for big events to showcase all the diversity in engineering.”