MELBOURNE, FLA. — Researchers at Florida Institute of Technology have developed the fastest method to date for creating a key molecule used by neuroscientists at Columbia University in mapping brain activity. They also discovered ways to create two new versions of that molecule – a neurotransmitter called glutamate – that can further advance this critical field of study.

This work, funded by the National Institutes of Health, was published in the American Chemical Society journal, ACS Chemical Neuroscience 2018.

“Our molecules to the neuroscientists are as valuable as cameras are to Google Maps,” said Nasri Nesnas, a professor of chemistry at Florida Tech who is the principal investigator and corresponding author of the paper. “We now have the fastest method to make the best cameras.”

Glutamate, or Glu, plays a critical role in brain activities related to emotion, cognition and memory. Therefore, neuroscientists are working to decode the brain to understand neurological disorders including depression and dementia, in part by studying “glutamatergic receptors,” where Glu is the molecule of interest.

The human brain is the most complex organ in the human body and is composed of over 85 billion neurons. Each of these neurons can be linked through up to 10,000 connections, known as synapses. Synaptic connections act like brain “switches” and release small molecules called neurotransmitters that pass along electrical signals.

Glu is the most common neurotransmitter. To aid neuroscientists in mapping the enormously complex brain circuitry, researchers have used light to activate inactive, or “caged,” neurotransmitters in live brain tissue, including glutamate.

The work reported on in ACS Chemical Neuroscience will make the process of making caged Glu more effective, Nesnas said, by cutting the number of steps in half and overall time by 80 percent, while doubling the yields of previous methods.

“There were challenges that many scientists had with making these photo-responsive Glu tools. We have made this process more facile and efficient, and we also made two other variations of these tools that have the potential to perform better since they may not pose the same interference problems that the previous one had with other receptors on neurons,” Nesnas said.

Graduate student Charitha Guruge, the lead author of the paper and one of four Florida Tech Ph.D. students involved in the research – Yannick Ouedraogo, Richard Comitz and Jingxuan Ma are the other collaborators – said he is excited about developing tools that should lead to better understanding of – and thus possible cures for – some of the most perplexing and damaging ailments of our time.

“I find working in this area to be truly rewarding, since there are too many neurological disorders, especially those relating to depression, dementia and bipolar, far from being understood,” he said. “I would like to be able to use chemistry to develop these tools to help the neuroscience community reach answers quickly.” 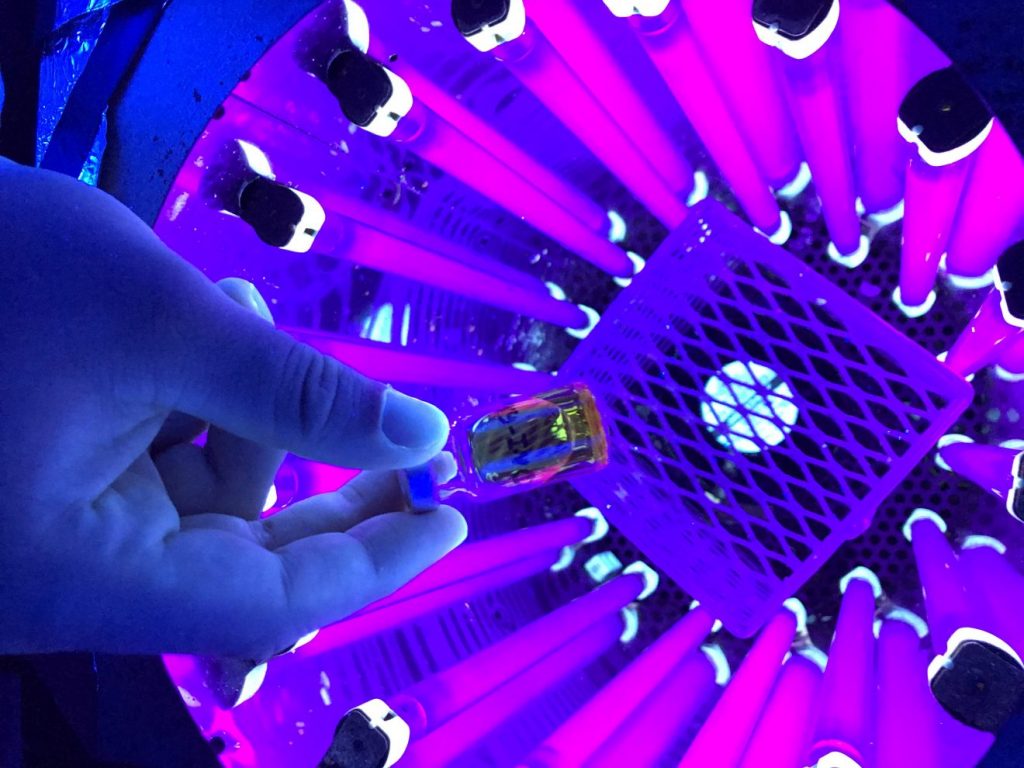