MELBOURNE, FLA. — While it was long thought that the largest population decrease in the Americas was caused by European colonialism, new research presented in the journal Science shows that a major population collapse of indigenous people actually happened about 400 years prior to European arrival.

The research in the article, “Widespread reforestation before European influence in Amazonia,” was led by Florida Tech professor Mark Bush and included a team of international collaborators who are investigating how pre- and post-European people modified and managed Amazonian forests.

The authors compiled fossil pollen and charcoal data across the Amazon, revealing that some forests were never manipulated by people. Where a human footprint was evident, it peaked in intensity around AD 1200. “What we saw after that, the abandonment of land and the recovery of forest, was a real surprise” Bush said.

Most of the forests examined were already in a state of recovery by the time the first Europeans arrived several hundred years later, indicating a pre-European population collapse. The research team is now looking to assess the drivers and mechanisms of this population drop-off.

Finding the early regrowth of forest is important to ongoing discussions about the impact of Pre-Columbian people on Amazon rainforests and the extent to which modern forests exhibit legacies of past human activity.

The team’s findings reveal that many previously deforested lands have been recovering for over 800 years, rather than the 400 years previously supposed. “An 800-year old forest is very hard to tell from a completely natural forest,” said Crystal McMichael of University of Amsterdam, co-leader of the project. “So if legacy effects remain on the modern forest, they will be very subtle.”

This research also has implications for atmospheric and biosphere science. It was previously believed that the indigenous population collapse in Amazonia and subsequent reforestation sequestered so much carbon dioxide that global atmospheric CO2 levels decreased, an event known as the “Orbis Spike.” Bush and McMichael said they found no evidence that the Orbis Spike was caused by Amazonian reforestation.

Q&A: Mine Subasi Stands For … Integration 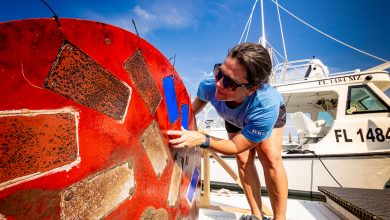