Our brain is made of millions of cells called neurons, that send electrical messages to talk to each other in patterns of vertical electric activity called oscillations. By inducing them first, then finding the amplitude of the specific brain waves is improved during memory, ultimately memory performance itself is boosted. Once introduced, what if a person can boost the speed of these oscillations to improve memory? A university study in a journal for adolescents may show we can.

Psychology assistant professor Rick Addante and clinical psychology doctoral student Mairy Yousif, along with researchers from California State University, San Bernardino, looked at the brains boosting potential in the research paper, “Boosting Brain Waves Improves Memory.” The paper was published in the November 2021 edition of Frontiers for Young Minds, an open-access scientific journal written by scientists and reviewed by a board of kids, teens, and expert scientists. As the largest impact journal in the entire Frontiers system, this allows for more (and younger) eyes to look at new scientific research that is not often seen by the masses.

The original empirical discovery was published as a technical report, but this version was specially developed and written for accessibility to public STEM audiences. “It’s [cognitive neuroscience is] a pretty niche field and we don’t get a lot of exposure and readership on what the discoveries are, but through this journal that they’ve developed, they can get millions of downloads per month of individual articles because it’s free, it’s open access to kids all around the world,” Addante said.

The team analyzed if memory could improve by stimulating the brain using flashes of lights and sounds that taught the brainwaves to be in sync. People received rhythmic brain stimulation from visual flashes of light in special goggles and heard auditory beeps in headphones. This process is known as entrainment and trains the brain to be in sync at a specific wave pattern called theta. People whose brains were trained to be in theta showed improved memory compared to people receiving random stimulation. The team found that entrainment can safely manipulate brain waves to improve people’s memory, which opens the possibility of using devices like the ones researched for helping people who suffer from memory disorders.

Two experiments were done to see if boosting theta waves would improve learning and memory by having people study a list of 200 words, individually. They then had a memory test of those words with 100 new words mixed in. The first experiment examined boosting theta waves against beta waves, and second compared a boost of theta vs random patterns. In between the studying and the memory test, there was 36 minutes of audio and visual entrainment. Audio-visual stimulation of the brain was provided depending on the group people were assigned to – theta, beta, or random noise patterns. The goggles blocked everything in sight other than the flickering lights. Also, the headphones only allowed hearing the sounds being presented, and individuals could control the volume and brightness of lights.

While the entrainment study was successful, and the team believes these effects will generalize to other stimuli and measures of memory in the future, there is more to be learned, such as example the minimum amount of time needed for entrainment to work (the 36 minutes used was because of the factory setting of the device) or how long the improvements last.

For Yousif, this was her first research paper where she wrote nearly the entire draft, with Addante editing it after. During the submission process, there were challenges, such as reviews from researchers that led to tweaks of the paper. However, Yousif noted the importance in reaching a different audience.

“A lot of times research is kind of just for academics and that doesn’t always help because a lot of the things that are published in peer-reviewed journals is kind of just to illuminate further research,” Yousif said. “Whereas when we’re able to disseminate that research a little more broadly to a wider audience, including children or simplifying it for the internet, it helps everybody to learn the information that we gather from research.”

Addante sees this experience working with Frontiers for Young Minds as helping the authors to also be better teachers and provide better guidance to the general community on scientific matters.

“If you can’t say it in a simple way, then maybe you don’t know it well enough, and that’s really important.” Addante said. “Here we’re talking about that simplicity of a message for younger minds, middle school science students, but I take that forward professionally because it’s just as true when dealing with PhDs, professors and scientists.”

Florida Tech Has 11 Faculty, Staff Among Top 2 Percent of Scientists 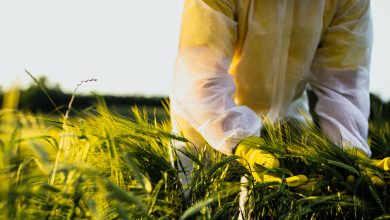