New technology developed by Florida Tech and NASA will be launched to the International Space Station later this month.

Mechanical engineering professor Hector Gutierrez, working with the Aerospace Systems and Propulsion Laboratory (ASAP) at Florida Tech, partnering with the NASA Marshall Space Flight Center, will see their smartphone video guidance sensor (SVGS) delivered to the ISS on the Crew-3 launch vehicle scheduled for an Oct. 30 launch. A vision-based technology for navigation and proximity operations, SVGS will undergo testing and operations from mid-January through 2022.

SVGS captures images of a four-point LED beacon and analyzes the pattern of the illuminated dots on the captured images to determine the range and orientation of the target relative to the camera frame. The system will be deployed and tested using NASA’s Astrobee free-flying robots.

The tests aboard the space station will demonstrate the deployment of SVGS as software sensor using hardware resources of a host robotic platform, in this case Astrobee. SVGS position data will be collected together with Astrobee data, so that they can be later compared. The purpose of the comparison is to establish the accuracy of SVGS relative to the native positioning system used by Astrobee. Four SVGS beacon flight units will be used in five maneuvers to demonstrate motion control and data capture.

If successful, SVGS could enable future use of small satellites in multi-spacecraft flight formations and demonstrate its potential advantages in proximity operations such as rendezvous, docking and landing maneuvers. The marketplace for a proximity operations sensor for space applications is currently open, and the ISS demonstration is an important milestone to help position SVGS for future opportunities.

The long-term vision includes evolving SVGS as a software sensor architecture that can be ported to robotic platforms using the hardware resources of the host (camera and CPU), thus making SVGS available to a wide group of users in applications such as multi-agent robotic proximity maneuvers and automated drone landing.

“SVGS technology has great promise for a variety of proximity operations in robotic platforms,” Gutierrez said, adding, “SVGS has distinct advantages in accuracy at short ranges over existing technologies.”

Gutierrez has been working in SVGS development with NASA support since 2017, in applications including three degrees of freedom (a system where three position coordinates can be independently controlled) control of electromagnetic formation maneuvers, automated drone landing in a GPS-denied environment, and currently on a high-altitude landing mission.

This is the second time in recent years that the ASAP Lab has deployed NASA-funded engineering experiments onboard the ISS, following the successful SPHERES-Slosh experiment in 2016. Direction of the ASAP Lab is shared between Gutierrez and Daniel Kirk, interim dean of the College of Engineering and Sciences.

“It’s a great privilege to be back on ISS. SVGS is a great showcase on how NASA technology can be incubated and developed through university collaboration,” Gutierrez said. 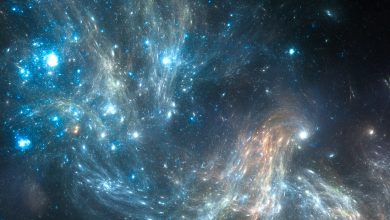 Planets Gone Rogue Could Sustain Life, According to Recent Study