The rocky red terrain of Mars may cover a rich environment full of life, according to new Florida Tech research.

Florida Tech astrobiology assistant professor Manasvi Lingam and Harvard professor Abraham Loeb completed a paper, “Potential for Liquid Water Biochemistry Deep Under the Surfaces of the Moon, Mars, and Beyond,” that explores the possibility that life may exist deep beneath the surface of Mars. The paper was published in The Astrophysical Journals in September.

Utilizing geophysics models examining biospheres with the characteristics of Mars and Earth, the team discovered it is possible for organisms to live under the surface. Lingam and Loeb’s study also examined the potential for life under the surface of the moon in the past, which might also have been feasible, according to the models.

These findings come on the heels of recent work by Italian researchers who followed up on previous work suggesting salty lakes could be underneath Mars’ surface, near the planet’s south polar ice cap. With studies further examining the feasibility of life on the planet, researchers are now looking at more examples of future habitable options on the Red Planet.

Lingam noted that just because there is the potential for life and water under the surface of Mars doesn’t mean we’ll see large marine animals swimming around under there. He suggested primitive organisms, such as microbes (and perhaps worms), would more likely be the types of life under the surface. However, the possibilities of the organisms’ characteristics are still to be examined, such as whether they use oxygen and their movement patterns.

Via the models, Manasvi and Loeb studied the extent of the habitable region of a planet associated with several factors, including deep biospheres, the regions of the surface, atmosphere and hydrosphere of Earth occupied by living organisms as a function of the planet size, surface temperature and relative radionuclide abundance. The idea behind relative radionuclide abundance is that more radioactive elements will lead to increased heating which in turn will decrease the “thickness” of the habitable region, because the geothermal gradient (i.e., rate of temperature increase per unit length) will increase. They compared the results from their model with prior studies involving Mars and found some agreements. Then they investigated pressure at the base of the biosphere.

“For this multiparameter study we looked at temperatures for liquid water and the pressure of a planet to sustain life, as well as the nutrients and raw materials for microbes to survive,” Lingam said.

The study of Mars could also have larger implications for our solar system, as it may show that other planets and moons are more biofriendly than initially thought. Lingam would like to build upon this research by looking at missions that would explore whether more potential have the potential to facilitate life. In one case, Lingam has done initial work involving balloons floating around Venus to search for microbes.

“I would like to extend this study to other worlds as well,” Lingam said. “That would be more of an engineering-oriented challenge, and the goal would be to drill into a planet like Mars to sample the soil and rock and see what’s out there.” 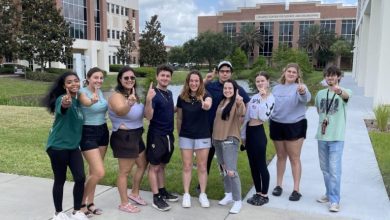