For more than 40 years, Florida Tech faculty and students have worked to better understand the Indian River Lagoon, the region’s troubled and beloved companion considered one of the most biologically diverse estuaries in North America.

Stretching 156 miles along the Atlantic coast, the estuary has struggled to remain healthy, marred by increases in algal blooms and fish kills and the decimation of oyster and seagrass populations. This has spurred lagoon supporters to explore multiple approaches to restoring the IRL’s health, as scientists and lawmakers investigate the effectiveness of different actions and procedures.

At Florida Tech, the university recently completed the first phase of its current lagoon research and received funding to begin the second phase. This project is inspired by the Destin Harbor Florida Pumping station, where an engineering solution was implemented in 1992 to improve water quality following reoccurring fish kills in Destin Harbor. While a similar engineering solution conceivably could be utilized for the Indian River Lagoon, the science determining whether additional ocean inflow should be considered as part of a multifaceted approach to lagoon restoration is in its beginning phases.

Florida Tech’s Restore Lagoon Inflow research project is a multi-year study funded by the State of Florida through the Florida Department of Education in support of a local project appropriation secured by the Brevard County legislative delegation. The project is studying the possible effects of enhanced seawater exchange between the Indian River Lagoon (IRL) and coastal ocean. The research is expected to provide critical data analysis to help policymakers, agencies and stakeholders determine if this seawater exchange via mechanical pumping or other mechanism should be considered as should be considered a viable compliment to ongoing restoration activities.

“We do not have a preconceived idea of what the benefits, if any, of inflow will be,” said Jeff Eble, research assistant professor in ocean engineering and marine sciences and one of several faculty members involved in the project. “We are investigating the impact of inflow, negative and positive, on the water quality, habitats and resident species of the Banana River. Can inflow help restore the health and vitality of the Banana River system, which would translate to benefits for everyone who uses the river? And can inflow provide these benefits without significant negative impacts? These are the questions we are seeking to answer.”

As the government and developers have hardened the shores and altered habitats to support new development and protect existing development, water exchange between lagoon basins and between the lagoon and the ocean has become restricted. That decrease in water circulation has led to increased accumulation of nutrients, which promotes more frequent harmful algal blooms and related declines in lagoon health.

“We have this established ecosystem, for better or worse, that is disconnected from the coastal ocean,” said Gary Zarillo, a professor in ocean engineering and marine sciences who is leading the extensive modeling research in the lagoon inflow project. “Under more natural conditions, before we had a human-natural system coupling, routine overwashes at tidal inlets would open up and stay in place for a while, migrate along shore, rework the barrier island, close and then a time after that there might be another cycle.”

The findings in Phase I highlighted well-documented patterns in the Indian River Lagoon and estuaries, including impacts of declining water quality on resident species and habitats. Researchers also found high natural variability in temperature and salinity both among and within lagoon sites, which reflects the dynamic nature of estuarine ecosystems.

The team investigated inflow possibilities via physical and geochemical modeling and found that all modeled pumping scenarios reduce water residence time – the average time water is retained in a specific area – and that residence time decreased with increased pumping volume. Pumping was also predicted to result in an overall small decrease in water temperature, a small increase in salinity and more stable dissolved oxygen concentration.

Field sampling yielded not only useful data, but invaluable research experience for students such as Austin Anderson. Anderson, a master’s student in marine biology, worked with oceanography and environmental sciences professor Kevin Johnson’s lab on benthic and seagrass surveys, among other duties.

“When I started working the project, I had to be taught every aspect of the research we were conducting,” Anderson said. “There is some stuff that is hard to teach in a course because the curriculum doesn’t always cover it or line up in a way that calls for it to be taught. This is why research is important to get involved in.”

The lagoon, he added, provides an opportunity for research in the university’s backyard that students elsewhere may not get to experience.

“We get to study what has been regarded as one of the most biodiverse ecosystems in North America for a long time, in a way that seeks to restore the habitats that helped make it so diverse,” Anderson said. “That, to me, is something that is every research scientist’s dream – to conduct research that can help restore an ecosystem to the haven of biodiversity it once was, and still has the potential to be.”

First phase data highlighted the need for a small, temporary inflow pilot system to better characterize pumping impacts, with the location of the pilot pumping project being most effective at or near the locks in Port Canaveral. That is due in part to the relative lower cost and ease of access for a temporary pumping system as well as the existing exchange of seawater from port access at the locks. Additionally, the Banana River portion of the lagoon, where the Port is located, has been a “hot spot” for harmful algae blooms and declining water quality, so studying the impact of pumping in that area could yield highly beneficial results.

“One of the primary goals of Phase I was to identify candidate research test sites and determine which location would be best for transporting nutrients out of regions in the lagoon that have high retention times and correspondingly high nutrient loads, which lead to harmful algal blooms,” Eble said.

Phase II of the project, which received state funding earlier this year and is now underway, will involve several elements that build on findings from the first phase: integrating models to better resolve the influences of different inflows on the Banana River; increasing baseline data collection to inform project feasibility and support the proposed pilot study; incorporating feedback from stakeholders and permitting agencies; and investigating alternative pilot designs.

Whether increased inflow may help in the lagoon’s water quality will depend on nutrient fate –how nutrients are transported, cycled and ultimately removed from the system.

“The initial assumptions that people make is that this is simple: you pump good water in, and bad water flows out. It’s much more complicated than that,” said Austin Fox, assistant professor of ocean engineering and marine sciences who is leading the geochemical aspects of the project. “How do those changes influence other aspects of water quality? You have all of these processes occurring within the system, so you can’t think of this as you add some water to your Kool-Aid and it is quickly diluted. Think of it as you have some Kool-Aid that has some powder at the bottom, and as you add more water it’s not immediately diluting it.”

While increased inflow may help improve the lagoon’s water quality, it is not a potential sole solution. It is a piece of what would be a combination of solutions, which also includes nutrient reduction through muck removal, habitat restoration, and improved land management. Ultimately, the goal of the project is to determine whether enhanced circulation is a viable compliment to a range of conservation activities that will be needed to restore the lagoon to full health.

More information on the lagoon inflow project, including FAQs and Phase I findings, is available at www.fit.edu/indian-river-lagoon/#reports. 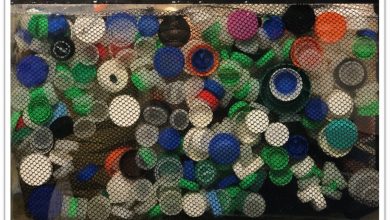 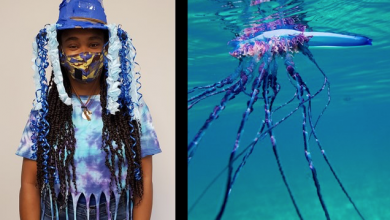 Dress As Your Favorite Zooplankter Day