One of the current projects is a parabolic flight experiment funded by NASA, called the “Autonomous Multi-Cycle Farming System”. The team, consisting of Wilde, mechanical and civil engineering assistant professor Hamidreza Najafi, and aerospace, mechanical engineering and computer science student researchers, took a 2020 Senior Design project, a modified 3D printer to implant and nurture plant seeds into water-filled feed trays in space, and are turning it into an experiment for a parabolic flight. Brian Kish, aerospace, physics and space sciences associate professor is supporting the project with flight testing. According to Wilde, the feed trays have been successful in growing plants and the team plans to fly in late November or early December this year.

“What we are going to show with that parabolic flight is that the planting mechanism works fine in microgravity, and that the system is able to function through changes from zero gravity to 2Gs,” Wilde said. “The cool thing is that these parabolic flights also provide Martian gravity and moon gravity, so we’re going to be able to show the system works on orbit, on the moon and on Mars.”

Another key element of the research is finding out if the liquid feed system works in zero gravity. Without gravitational pull, water will form into balls and clinging to the walls of a container, which would be harmful to the growth of the plants in the feed tray. To combat that, the team put metal mesh at the bottom of the 3D printed trays so the water will stick to the mesh and allow the plants to grow through the flexible plastic crosshatch hole at the top. The team are also engineering an air-pressurized system that will remove the fully-grown plants from the trays, creating an end-to-end process that will streamline the process for astronauts. Wilde is hopeful of the plants growing in a weightless environment, which would be beneficial to space harvesters.

“Basically, the seeds are going to dangle in water, so there is no soil in this, no substrate, no cotton balls or anything like that, which makes everything a lot simpler if that works because then you have less maintenance and clean-up to do, and you don’t have to potentially replace that soil during the mission. So it should be a lot easier to actually maintain that and run it for a longer duration,” Wilde said.

During the research, Wilde and the team expanded the seed trays with the hopes of producing more plants, going from 25 seeds each tray to 81 each. Dr. Brian Kish provided preliminary flight testing opportunity on a Florida Tech Flight Test Engineering airplane to see if the seeds would stay in place and if the water would stay in the feed trays during short parabolic hops, giving the team an idea of the mechanism and any tweaks that needed to be done before the main parabolic flight later this year. While doing these preliminary tests, they would redesign their original plans inspired by the senior design project, as the seeds were being smashed inside the feed mechanism. With a new design that mimics a rotary tool, each seed has its own box, which rotates and, in concert with the air-pressured system, pushes the seeds out.

For Wilde, the work he and the team are doing at the ORION lab is all about what it is to be an engineer, utilizing problem solving and working in a multidisciplinary setting.

“That capability, to take a problem, to solve it using the toolset that you learned during college, but also that you learned from experience, that is, for me, the ultimate skill of engineering,” Wilde said. 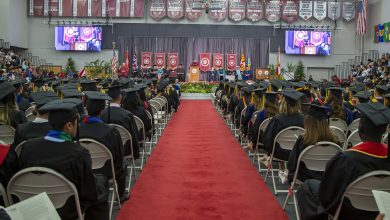