Oceanography assistant professor Kelli Hunsucker’s work with organism growth is two-fold. Her biofouling research analyzes new ways to keep organisms from accumulating on ship hulls and corroding them. However, it’s the other side of her work with these same organisms that may have some positive impacts on the water quality of the Indian River Lagoon.

Since 2016, Hunsucker, alongside ocean engineering associate professor Robert Weaver and Florida Tech’s Indian River Lagoon research team, has partnered with the local community through the Living Docks program. The program involves wrapping dock pilings with oyster mats. The idea is that the mats facilitate the growth of oysters, barnacles and sponges, all of which are filter feeders that help remove excess nitrogen from waters by incorporating it into their shells and tissue as they grow.

“Someone once told me, it’s only a weed if you don’t want it,” Hunsucker said. “That’s kind of the approach I use for my yard and that’s the approach we use for the Living Docks. Most people think of barnacles, tubeworms and sea squirts as biofouling, things that we typically don’t want, but when you think about their ecosystem benefits, they provide a good service such as water filtration, habitat structure, and a food source.”

Initial findings on the Living Docks deployed around the IRL have shown every dock has some level of organism growth, with the quantity and type of growth depending on its location. Over the fall, graduate student Morgan Gilligan and volunteers examined 10 of the docks, looking at the mats’ effectiveness at promoting growth. Gilligan also examined organisms from four of the locations in a 48-hour lab experiment, looking at the science behind the oysters and other organisms’ ability to filter algae and suspended particles from the water. Later in the winter and into the spring, Gilligan and graduate student Sandra Rech will look at how the organisms react to colder temperatures, and they will do similar analysis in the summer when the waters are warmest.

From Cape Canaveral to Melbourne, the team has worked with Brevard residents to turn docks into habitats for beneficial organisms along the shores of the lagoon. The process is a team effort: in addition to helping with mat installation, volunteers come together to create the mats themselves. For example, in 2019, the Beach Woods community in Melbourne Beach had a gathering of approximately 80 residents participate in the mat creation event. While the pandemic has limited the number of installations over the past year, the effort will continue.

“Everyone is so excited about the whole process, from start to finish,” Hunsucker said. “People really appreciate the hands-on nature of the project and the fact that they’re contributing to helping improve the lagoon.”

The team will also take part in a National Science Foundation Research Experiences for Undergraduates program, led by principal investigators Nezamoddin Kachouie, mathematical sciences associate professor, and ocean engineering and marine sciences professor Steven Lazarus, that was awarded to Florida Tech. They will continue the work for the next three summers, where undergraduate students will examine how algal blooms and climate change may impact the filtration abilities of the biofouling organisms.

As Florida Tech researchers look at more solutions to improve water quality, the same organisms that are harmful to ship hulls are the “wanted weeds” that may help the IRL.

“We’ve done preliminary filtration experiments and I’ve been blown away by the filtration capacity of the various organisms, especially given their size,” Hunsucker said. “These things are small but mighty, and their impact has been impressive.” 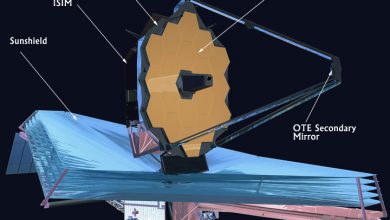