MELBOURNE, FLA.—Four Florida Institute of Technology student employees were honored at the 2010 Student Employee of the Year Awards in April. The annual ceremony recognizes outstanding students and their contributions to the university. Students who earn recognition show balance between academics, work and community involvement.

Vaughn, who earned a Florida Tech master’s degree in environmental resource management in 2009, worked last fall for the city of Vero Beach in the Geographical Information Systems division. Among her duties there, she developed spatial databases. She also was on a team project to locate, identify, measure, photograph and digitize images of more than 3,000 trees located on city property. “Her diligence was a great asset to the city; she was a model intern,” said her supervisor Jim Kirkpatrick.

Reece, an aviation management major with flight from Charlottesville, Va., is an intramural sports supervisor and has worked at the Clemente Center since August 2007. His supervisor, Steve Leitch, noted Chris’ impressive ability to perform at a high level while managing so many responsibilities. Reece is also a residence assistant, holds a 3.6 GPA in his aviation management major with flight and is an active member of Tau Kappa Epsilon.

Anderson, a forensic psychology major from Miami, Fla., is described by her supervisor as proactive, friendly, intelligent and helpful. She said, “Amanda performs her duties with excellence despite the various other responsibilities that she handles. These include working for the Family Learning Program, being president of the Florida Tech chapter of the Psi Chi International Honor Society and maintaining a 4.0 GPA.” She graduates this May.

Just a sophomore, Sorrenti is a computer engineering major from Oakville, Conn. He received nominations from supervisors at both of his co-op experiences—the JPL and KSC. At KSC his mento, Susan Waterman, noted that he “impressed NASA management with his attention to detail and communication skills.” At the JPL, Sorrenti is working in the Mars Science Lab Flight Software Test program. His mentor there, Danny Lam, noted that Sorrenti “is conscientious, friendly and always willing to help others.”

Erica Spencer, director of the Florida Tech Conference Services Bureau, was named Supervisor of the Year.

Kimberly Fulkes, the student who nominated her wrote, “Erica has shown me support, encouragement, occasionally given me some constructive feedback and, above all, she believes in me. . . I believe that I have been given the best college experience that anyone could ever have because not only was I able to learn as a student, I was also able to learn as an employee.” 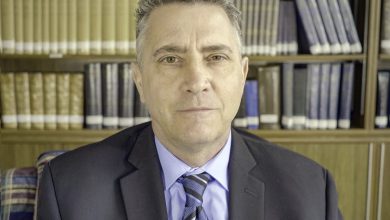