Cory LaViska earned his B.S. in Computer Information Systems in 2010 and his M.S. in Information Technology in 2011.  Since graduation he has been busy starting his own web development company and creating new technology. His latest project is a new blogging platform called Particle.

Tell us a little about yourself 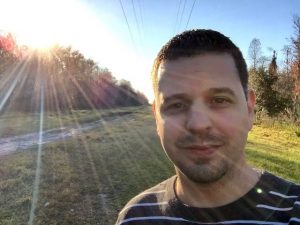 While I was studying for my B.S., I started a web development company called A Beautiful Site. My first product was a content management service called Surreal CMS, which I’ve operated for eight years now.

My passion is in creating things, especially with code. Some people look at an empty text editor and see a chore. I see a blank canvas. You can do anything you want with it! Software is one of the few industries where you can create something for nothing more than your time and hand it out to the entire world. That’s exactly what I’m trying to do with my new project, a blogging platform called Particle. 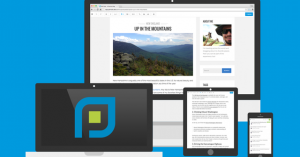 What inspired you to create Particle?

It’s no secret that Particle is barking up the WordPress tree. WordPress is trying to do everything these days. Its focus is no longer on blogging. A lot of people find it slow, bloated, and difficult to use. Its codebase is messy and outdated. Developers use WordPress because they have to, not because they want to. For example: https://twitter.com/rmccue/status/710460165879898114

To make matters worse, nobody in the open source world has brought inline editing to blogging. With inline editing, you simply type on the page to make changes. No forms, no text areas. You’re editing content exactly as it appears on your website.

I created Particle because I wanted to see an open source project focusing specifically on blogging again and, at the same time, bring a beautiful new way to create content to mainstream bloggers.

What are some of the things you enjoyed and were proud of during your time at FIT?

I love the community at Florida Tech. I didn’t get out to that many events because I was focused on work and school concurrently, but when I did I really enjoyed being a part of them. I’ve made friendships at Florida Tech that will last a lifetime!

What is your favorite Florida Tech memory?

Taking long walks through the Botanical Gardens! That is by far the most peaceful place to be on campus if you just need some time to re-center your thoughts.

How do you think an FIT degree benefited you?

I started coding at a young age, so the biggest benefit to me was actually non-technical. Having an M.S. in Information Technology prepared me to manage a tech business, which is something I was oblivious to before. A Beautiful Site, LLC has been around for about nine years now so it definitely paid off.