After high school, Marianna Sansone decided college wasn’t for her. So instead, she became a hair dresser in her Connecticut hometown. But after a few years of cutting and styling she realized it simply wasn’t her calling and that it just might be time to go back to school.

“Hairdressing was not a fulfilling enough career for me,” Sansone said. “I wanted to enter a career where I was able to make some type of a difference in the world.”

As a big animal lover – Sansone decided to go into the field of conservation to help protect endangered wildlife from being poached for their ivory.

All the Right Moves

Her mother, Theresa Regan, knew going back to school would be challenging – and offered her daughter the opportunity to live in the house she and her husband had bought for retirement.

It was empty – but it was also in Florida.

So Regan suggested her daughter move to Florida, live in the house – attend classes at a local community college – and volunteer at the Brevard Zoo.

“After almost a year she told me she wanted to go to Florida Institute of Technology,” Regan said. “I was not familiar with FIT but did some research and found they were highly a highly acclaimed research university.”

So, with her mother’s support, Sansone applied to Florida Tech to study conservation. Her parents decided to make the move to Florida in the summer of 2012 to be closer to their daughter. 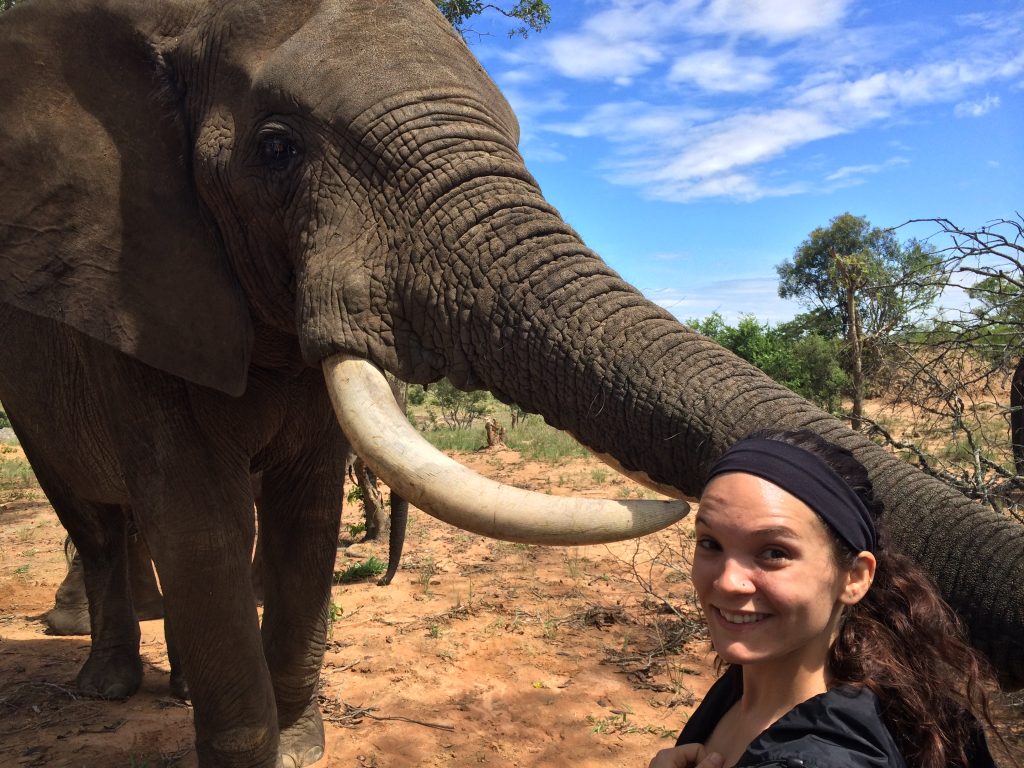 In December of 2015 – Sansone had another epiphany about her future calling.

“I traveled to Zimbabwe to volunteer at Imire Game Park in order to gain experience in conservation and working with African wildlife,” Sansone said. “Learning about the countries infectious disease epidemic, such as their HIV epidemic, and the lack of proper medical care made me want to dedicate my life to improving the quality of medical care in impoverished countries.”

When she returned to the U.S. she immediately changed her major to molecular biology and decided she wanted to be a physician.

“She worked very hard to learn to study and be a dedicated student,” Regan said. “Florida Tech’s curriculum is intense especially for a student that did not plan this track in high school. She needed to learn the appropriate skills to succeed.”

Along the way, Sansone convinced her mother to join her – by going back to school for her master’s degree.

“I loved having my mother in school with me,” Sansone said. “Seeing her work a full-time job, travel multiple times a year for work, be a full-time mother and wife, and also find the time to excel in her studies was a primary motivator for me to not give up and keep pushing through my most difficult courses.”

And on May 6, 2017, the dedication and drive of both mom and daughter was rewarded – as they graduated from Florida Tech – together.

Regan received her master’s in public administration and currently works as an outreach coordinator for Florida Tech. Sansone received her bachelor’s in molecular biology and is currently studying for the MCAT. She plans on applying to medical school in June 2018.

“We studied, we cried, we laughed, we celebrated victories and supported each other through difficulties,” Regan said. “It was an amazing journey and a wonderful  experience!”