Here are the honorees:

Jerome P. Keuper Distinguished Alumni Award: Vik Verma, ’87 BS
Verma is a Silicon Valley entrepreneur and executive who currently serves as CEO of 8×8 Inc., the world’s first communications cloud provider and one of the most successful unified communications companies in the world. Verma was a member of the Florida Tech Board of Trustees from 2002 to 2007 and was named to the board for a second time in 2015. He has been granted eight patents and honored with various accolades, including being named one of 40 “Technology Pioneers” in 2003 by the World Economic Forum in Davos, Switzerland.

College of Aeronautics: Miguel Estremera, ’98 BS
Estremera is a pilot with United Airlines based at the Newark-Liberty International Airport, currently flying various models of the Boeing 737. He began his airline career in 2001 with Continental Airlines. Prior to that, Estremera worked in various positions in the aviation industry, including being a cargo pilot and flight attendant. He is involved in the Florida Tech College of Aeronautics Alumni Association, Latino Pilots Association, and PALS (Patient Airlift Services). It was in concert with PALS that Estremera was able to coordinate transportation of relief supplies while evacuating those in need from Puerto Rico after Hurricane Maria.

Nathan Bisk College of Business: James Wong, ’07 MS
Wong is executive director of Hon Kwok Land Investment Co. Ltd., which was founded by his great-grandfather in the 1920s to build China’s railway system. He also serves as executive director for the Chinney Group, which includes four publicly listed companies in Hong Kong focused on high tech engineering, construction, trading, investments and real estate. Wong serves on the Florida Tech Board of Trustees and is also an adjunct professor for Florida Tech’s online programs teaching business and healthcare law.

College of Science: Trent Smith, ’01 BS, ’05 MS
Smith is project manager for NASA’s on-orbit gardens on ISS Veggie and works for the International Space Station Program at Kennedy Space Center. He started his work at NASA as a polymer chemist, later going on to serve as a part of the Commercial Crew Program where he worked to get astronauts back into space on U.S.-led space systems. Smith was also a NASA detailee and technical adviser to the U.S. Senate Committee on Commerce, Science, and Transportation. He served as the Transition Project Lead for Kennedy Space Center facilities for the transition and retirement of the Space Shuttle Program. Smith also has 10 patents granted or pending, and has authored two book chapters and more than 18 peer-reviewed scientific journal articles and government reports. 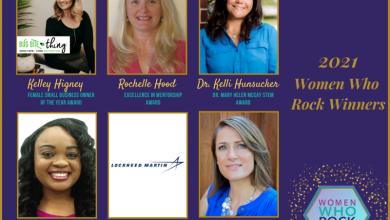 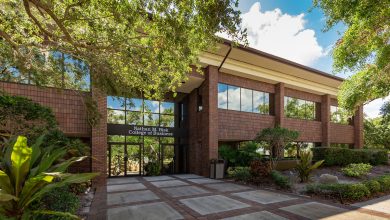