Thomas P. Weber ’79 A.S. was appointed CEO of Hobe Sound Early Learning Center. He is a longtime member of nonprofit boards, especially those benefitting children and families, and has chaired the Education Foundation and Children Services Council of Palm Beach County.

Eric Zillmer ’83 M.S., ’84 Psy.D., stepped down after 23 years as the Drexel University athletics director. Zillmer will take a one-year sabbatical and return to the faculty in fall 2022 as the Carl R. Pacifico Professor of Neuropsychology.

Col. Jon Fristoe ’87 was elected the 62nd president of the Fiesta San Antonio Commission, a nonprofit organization that plans, promotes and coordinates an annual celebration of the diverse heritage, culture and spirit of San Antonio for its residents and visitors.

Fahri Diner ’89 was featured in Forbes for his breakthrough company, Plume, which is redefining the smart home category and improving the internet connection experience for service providers and their subscribers.

Susan Hutchison-Johnston ’90 M.S. recently retired from NASA after a 37-year career at Kennedy Space Center and Johnson Space Center. Her career highlight involved working on the console communicating with astronauts during the STS-99 mission. She ended her career with responsibilities for assets on the International Space Station.

Thomas W. Dussault ’91 MBA is in the senior executive service at the U.S. Department of Energy, and he serves as the department’s deputy senior procurement executive. He recently reached the milestone of 35 years of service in the federal government.

Saeed Al Hamli ’91 has been appointed an independent director to the board of directors of Yalla, a voice-centric social networking and entertainment platform in the Middle East and North Africa. He previously was the CEO of Etisalat Egypt.

Amaury De Barros Conti ’92 was named partner and vice president of investments with Sendero Wealth Management. Conti credits his training as a pilot for incorporating a clean, mental checklist to sort through all the market noise in investing.

Joel Stephens ’93 was named president of the life insurance division of Thomas Financial.

Derek A. Dyson ’94 MBA was named president and CEO of Today’s Power Inc.

Col. James L. Booth ’97 became the 61st commander of the U.S. Army Corps of Engineers Jacksonville District during a change of command ceremony at the Times-Union Center for the Performing Arts’ Terry Theater in Jacksonville, Florida.

Mridula Srinivasan ’01 M.S., Ph.D., became director of the marine mammal and turtle division of the NOAA Southeast Fisheries Science Center. She holds a joint appointment as a visiting research scientist at the Earth System Science Interdisciplinary Center (ESSIC) at the University of Maryland, College Park.

Capt. Rob Jefferis ’03 A.S., ’05, and his wife, Melissa Jefferis, MD, are pleased to announce the birth of their twins, Liam and Amelia. Big brother Alex couldn’t be prouder.

Sandra Brogl ’08 Ph.D. began working for the European Space Agency as a deployment engineer for the ground segment in the control center in Germany. Previously, she worked with the International Space Station as a payload engineer for the Columbus module and later with the European navigation program, Galileo.

Dean Faithfull ’11, who played soccer for four years at Florida Tech, is kicking in his second athletic career and is believed to be the oldest college football player in the U.S.

Lynisha Nelson ’11 was recently inducted into the Space Coast Sports Hall of Fame. She holds the rank of sergeant in the Army National Guard.

Stephanie Zoutenbier ’11, a commercial engagement leader with Baker Hughes, Texas, has been named one of Hart Energy Oil and Gas Investor’s Forty under 40.

Kyle Heberle ’13 recently returned to his home state, Missouri, to take a new role as CEO of TNT Crust.

Kathryn Pocchiare ’13 MBA was recently promoted to IT manager with Health First.

Robert Himler ’14, ’15 MSA, manager of marketing & communications at Melbourne Orlando International Airport, was recently honored as Communicator of the Year by the Space Coast chapter of the Florida Public Relations Association.

Stephen Wade ’14 MBA has been hired as the City of Topeka‘s director of financial and administrative services. Wade has been serving as the acting director for the past year and oversaw the 2022 budget process.

Sihara Mateo ’16 M.S. became co-CEO of Jos Associates, an IT solutions business in the Dominican Republic.

Samantha Allard ’18 was married in November 2021. She and her husband met at Florida Tech!

De’Shanna Hayden ’20 M.S. joined Dell Technologies as an IT project manager after more than six years with Boeing Co.

Thomas Murphy ’20 was promoted to analyst, aircraft records with Spirit Airlines after completing his degree.

Johnathan Watts ’20, an aerospace propulsion system engineer with NASA at Marshall Space Flight Center, supports operations for Artemis and future missions to the moon and Mars, working in the in-space manufacturing division.

Kara Watts ’20 went on to the University of St. Andrews in Scotland after completing her B.S. in animal behavior to study foraging behaviors of grey and harbor seals in the North Sea. Back in the U.S., Watts landed her dream job as an aquatic research associate at The Seas with Nemo and Friends in Walt Disney World’s Epcot.

Zachary Seymour ’21 accepted a full-time position with Blue Origin as a manufacturing engineer. 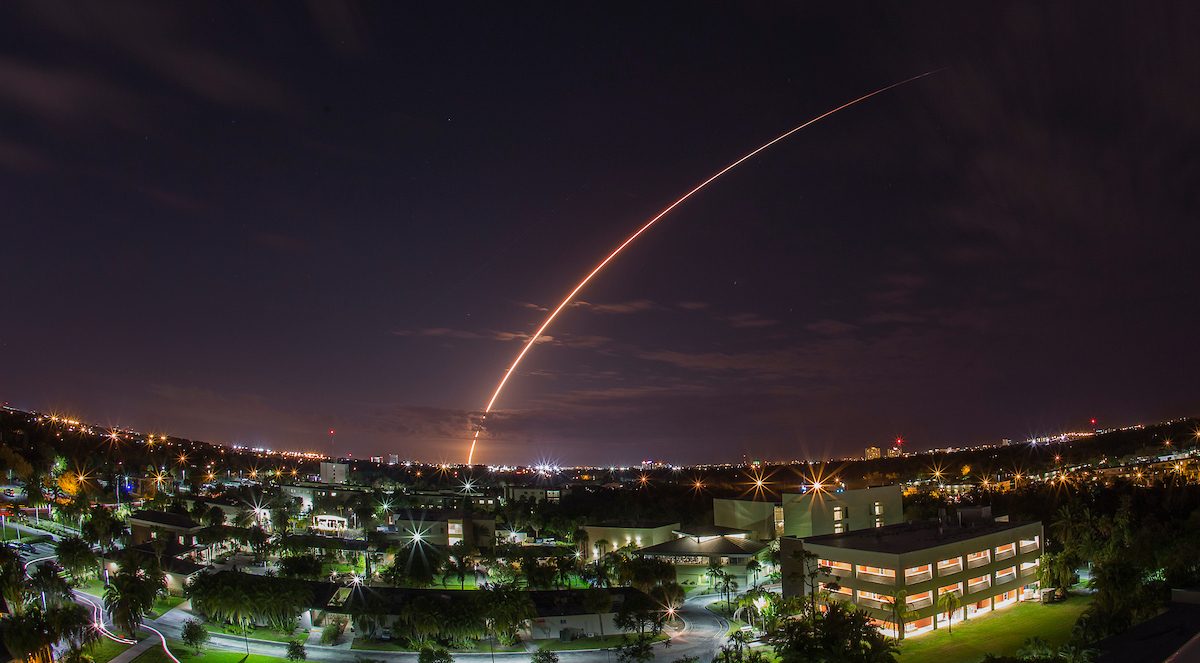 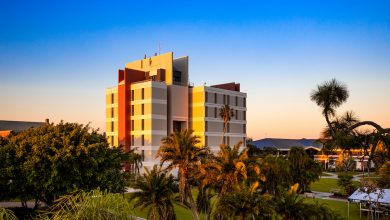 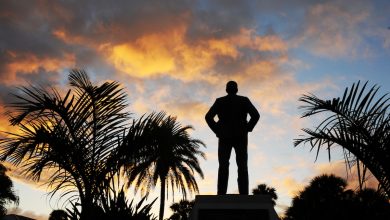