To look down, or look up? When soaring high above the Earth, that’s a difficult question, given the spectacular sights in either direction. Thanks to two Florida Tech alumni, humankind will soon have tools offering a better view of both the heavens and the Earth. Jeff Grant ’75 and Alan Metzger ’81 each lead teams of Northrop Grumman engineers and scientists in the development of two highly anticipated projects.

Grant heads Northrop Grumman’s Space Systems Division, the major U.S. contractor for the James Webb Space Telescope. When completed in 2018, the telescope will give scientists a glimpse of some of the oldest parts of the universe, answering questions that haven’t even been asked. Conversely, Metzger leads Northrop Grumman’s team developing a state-of-the-art airship, the Long Endurance Multi-Intelligence Vehicle (LEMV). The $517 million project, slated for completion this year, will provide the U.S. Army with a new tool in defense initiatives in areas such as Afghanistan and the Middle East.

So how did two alumni land such prominent positions at one of the world’s largest global security companies? Each has his own story, but a common element is the unique setting Florida Tech provides to its students.

“FIT provided not just a learning environment,” said Grant. “We also learned about team building, communicating and stretching beyond the academics.”

While majoring in engineering, Grant also participated in a number of extracurricular pursuits. As a member of the College Players (left), a resident advisor and a member of a fraternity, Grant honed important interpersonal communication skills. Other activities—working at WFIT, as a projectionist at Gleason Auditorium and even performing repairs at the bowling alley that was under Evans Hall at the time—provided hands-on technical skills that would prove valuable in the engineering field.

On the academic side, Grant touts many of his instructors’ industry-oriented educational style.

“The adjunct faculty members were impressive because they were holding classes at night, but during the day, they were addressing these same problems in the real world,” he said. “There was a realism, a pragmatism. You had academic rigor combined with the practicality of managing a complex program.”

Grant transferred to FIT during his sophomore year, after beginning his studies at Clemson in his native South Carolina. As a young scuba diver, his passion for the ocean lead to the pursuit of an ocean engineering degree, which he heard promised better job opportunities than other disciplines. His 21-year career at the CIA underscores that decision.

“My time at FIT served me well,” he said. “I believe the entrepreneurial experience—as well as two years of Russian—gave me an advantage.”

Ocean engineering proved useful to his current field as well. “You’re designing things to go into a harsh environment—whether it’s underwater or in space.”

These days, Grant has the honor of leading a team in the development of the Webb Telescope—arguably one of the most important tools on the horizon for astronomers, physicists and astrophysicists. “Scientists are enabled by more precise instruments, combined with patient observation,” he said. “There is a big change coming and it’s exciting to be part of this huge international collaboration.”

Closer to Earth, Alan Metzger’s LEMV team will soon deliver a football-field-sized hybrid airship to the U.S. Army. As an “unblinking eye,” capable of uninterrupted surveillance for more than three weeks at a time, the LEMV will first be used by troops in the battlefield in Afghanistan. Reaching heights up to 20,000 feet, the LEMV will provide unprecedented views of the Earth’s surface, affording our military on the ground with a powerful new tool in the arsenal. The LEMV is slated to deploy this fall to much fanfare from the U.S. Army.

Metzger joined Northrop Grumman in 1988 as a member of the Joint STARS team and has advanced to greater supervisory positions, including chief engineer, program director and vice president. He credits his Florida Tech education with preparing him for his senior leadership roles.

“The professors were very knowledgeable, and many brought personal experiences into the classroom,” he said. Listening to his own children describe their experiences at larger schools with as many as 600–700 students per class, he appreciates the Florida Tech advantage. “That was not my experience at FIT, and I think it had an effect on being successful in a team-oriented environment.”

As alumni, Grant and Metzger embody the Florida Tech motto, “Ad Astra Per Scientiam,” or “To the Stars through Learning.” 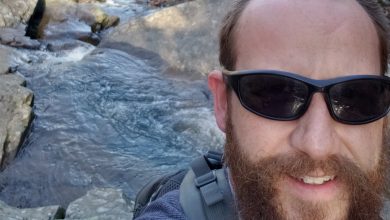 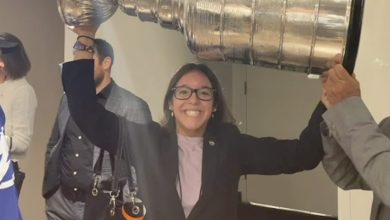