In my opinion, winter break is always too long to not go home and too short to feel like you’ve been home. I spend about 30 hours in travel, i.e. when I’m not at home—home or Florida Tech-home—each way. Understandably so, my friends could not fathom why I was leaving a week early. And I explained why. In the week of January 4-8, 2016, the American Astronomical Society was having their winter meeting at Kissimmee, which is an hour’s drive from Florida Tech and I was going to be a volunteer! What made it even more exciting was that a few of my friends were presenting the research they have done either in a talk or a poster. This explanation almost always got understanding nods and excited exclamations from my friends who know fully well my passion for astrophysics. On a side note, there was so much exciting science that  I didn’t even try to compress it all in here; searching #aas227 will turn up photos, news, tweets and more about the meeting.

I walked to the orientation room eager and nervous at the same time, but my anxiety faded away as I met a bunch of undergrads who were also volunteering. We got to work. I was unpacking schedules from boxes and stacking them up near the check-in desks for the volunteers to hand out as members checked in. I have to say, this made me grasp the huge number of attendees. We were unpacking box after box, and there was a huge pile of them that we had not even touched yet. Just as I began mentally calculating how many schedules might be in that huge stack, Lynn, who was overseeing our work, smiled at me and pulled up a tablecloth to reveal more boxes underneath.

As if that wasn’t enough for me, a lot of scientists, mostly astrophysicists, would soon be arriving. I was stationed to be the person who directs them to a “badge pick-up” desk that was available. Simple, right? It was, except for the fact that there was one to my left and six to my right.

I had a lot of interesting and funny ten-second conversations during that shift:

“This is like being at an airport for you, isn’t it?” “But without the planes…” I wanted to add, but had to say, “The very last desk sir, have a great week!”

“Did you know they have crocodiles in the hotel?” I did not.

“You must feel powerful.” I had never thought of it that way.

Two astrophysicists were discussing something very enthusiastically and the only thing even vaguely familiar was Bayesian parameters.”I’m so sorry to interrupt you but desk 4 just freed up and you may head over there to pick up your badge and schedule.” I suppose I still had guilt written all over my face for having abruptly ended their conversation, for the other person reassured me, ” That’s alright, we just bumped into each other and started talking.”

I saved my favorite one for last. “How do you pronounce your name?” I was pleasantly surprised, and it just made my day!

It was an incredibly amazing experience to say “Hi” to hundreds of astrophysicists. There were about 2,000 attendees. I experienced a “science-high” when, at a random moment, I realized that there were 2,000 people in the building who were also intrigued by stars and planets and galaxies and everything that makes up the universe. And they were all such nice sweet people, too.

The Undergraduate Reception was my favorite part. It reminded me of all the college fairs I had attended, only much more academic. For example, instead of campus organizations, we talked about working as teaching assistants. Everyone had a lot of advice to give me with regard to graduate school and I learned so much. I also met many fellow undergraduates and we bonded over working on exoplanets! “I wish I were you” a scientist who works at the Harvard Center for Astrophysics said to me when I told him that this was my first big conference or meeting. They did not have things like these when he was my age, he told me. I also met a representative of astrobites and we had a great talk about science writing.

The next day, I was volunteering in three different places and I got to run around the entire place, look at posters, talk to people about careers at places that have awesome acronyms as names and just help people. The career center was a shift I picked on purpose just so I would get a “feel” of what I am going to be doing in the next few years.

They even had a cardboard ping pong table, with cardboard paddles and a felt ball.  It folds up into a compact briefcase size and can be reused, isn’t that neat? People had fun playing with it.

I had a nice chat with Diane Frendak who works at AAS, and in the middle of telling her about supermassive galaxies I corrected myself when I said million instead of billion  “Oh, I’m sorry, I was off by three orders of magnitude.”

“That’s how I know you’re an astrophysicist,” Frendak said. “They always talk in orders of magnitude.”

I looked around the room and saw posters, telescopes, giant pictures of galaxies and brilliant and friendly people. And I realized I’m heading right where I want to. 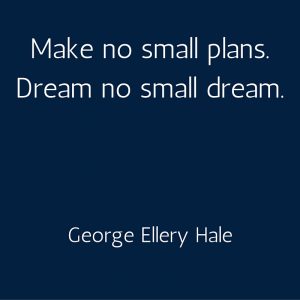