It’s a pretty common thing for colleges to bring in recruiters to talk to students. When I was in community college, lots of businesses like McDonald’s and Chick-Fil-A would come in and talk to us about potential careers and they weren’t given a huge amount of attention. So, when I heard a recruiter of some kind would be coming to speak to all the undergrad psychology students, I wasn’t super excited about it – that is, until I found out exactly who was coming to recruit us.

The day that the official email went out, a massive buzz was in the air in the Florida Tech Commons building. No one could quite believe it – an actual CIA agent was coming to talk to us. One of our nation’s most well-known intelligence agencies wanted to recruit us! Whispers ran rampant through every psychology class that day, as schedules were cleared and excitement continued to rise.

The day of the actual event, I showed up extra early and met up with my friends. Our entire department was milling about, dressed more professionally than ever before. Except for the slightly-disheveled hair, the ID’s around our necks and the multi-colored backpacks slung over our shoulders, we could have easily passed for grad students – or even real (albeit slightly baby-faced) businesspeople.

None of us was quite sure what to expect. Since we have a lot of forensic psychology students, I knew this lecture was going to be a huge deal to everyone.  Even though I’m studying clinical psychology, for several years I had known that I wanted to get into government service of some kind – although I had been planning to join the FBI. My friends and I sat in the front row, pencils ready and feet tapping nervously as we ran through possible scenarios in our heads. At exactly 12:30, the session began. Our recruiter – a funny, easy-to-approach woman with tattoos and a pixie cut – was a CIA narcotics analyst named Jamika.  For the next hour, she told us everything we ever wanted to know about the CIA. It may not be exactly like the TV shows depict, but I was still hooked, as were a lot of my friends. Over the course of the informal lecture, I began to realize that this was what I wanted to do with my life. I had an epiphany moment, right there in that classroom, as soon as Jamika mentioned the position of leadership analyst.

As she explained it, leadership analysts are psychologists who – you guessed it – analyze world leaders. They find out every aspect of them, psychoanalyzing their every movement to figure out what makes them tick. To the CIA, they are invaluable, so positions are usually open – not to mention it’s a super cool job! My eyes lit up as the job requirements were spelled out. I knew right then that this was what I was meant to do.

Afterwards, I sat down for a one-on-one with Jamika for career advice. After grad school and possibly a year in the Peace Corps, I’ve decided that the CIA is my ultimate calling. I’ve decided on a path for my life, all because of that single recruitment lecture. I also got to talk to a real CIA agent – and get career advice from her! I think the wins the award of the day for managing to pull this one off. I’m certainly grateful. CIA, take a few years to prepare yourselves – I’ll be one of you soon! And Jamika, wherever you are…thanks so much. Maybe I’ll see you a few years down the road as a co-worker. I’d certainly love to see myself working alongside you at one of the coolest jobs in the nation! 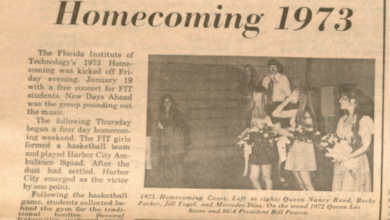