MELBOURNE, FLA. — Florida Tech will confer nearly 900 degrees upon students from the U.S. and around the world Dec. 14 as the university holds its fall commencement ceremonies.

Commencement for graduate students will take place at 2 p.m. President McCay will speak to the students, families and guests at the ceremony.

Both ceremonies will be held at the Charles and Ruth Clemente Center, 150 W. University Blvd. on the Florida Tech campus.

The university will bestow 889 degrees to fall graduates from 36 U.S. states and 58 countries. The undergraduate ceremony will involve an estimated 246 students, and 393 are scheduled to participate in the graduate ceremony.

Among the graduates are 252 students from Florida Tech Online and 147 from the university’s Extended Studies sites.

Wakefield returns to the campus where he won two Most Valuable Panther awards as a slugging first baseman for Florida Tech baseball in 1987 and 1988 before embarking on a distinguished, 19-year Major League pitching career.

The Melbourne native was drafted by the Pittsburgh Pirates organization, becoming the first baseball player from Florida Tech to be drafted. It was in the Pirates system that Wakefield was converted from an infielder to a pitcher – one who possessed the ability to throw the most beguiling pitch in a hurler’s repertoire, the knuckleball.

In 1995 he signed with the Boston Red Sox and played for that team the remaining 17 years of his professional career. He won two World Series with the Red Sox, including the 2004 series against the St. Louis Cardinals when he was the Game 1 starter and the team went on to win its first title in 86 years.

Find more commencement information, galleries from past commencements and a link to the live stream of the 2019 ceremonies, at www.fit.edu/graduation/fall-commencement/. 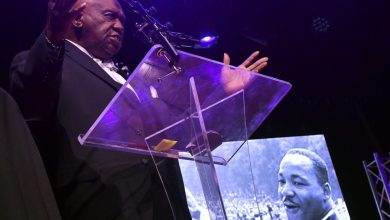