Groundbreaking Contributions from Women in STEM

It’s important to recognize the groundbreaking contributions women have made to the fields of science, technology, engineering and mathematics. The world needs more women in STEM fields continuing to contribute in important ways.

Here’s a look at just a few of these amazing women and their extraordinary accomplishments.

Yvonne Brill invented a propulsion system that helps keep satellites from slipping out of orbit. She was presented with the National Medal of Technology and Innovation by President Obama in 2011. Brill was the only female rocket scientist in the 1940s when the first American satellite was being designed. She encouraged other women to become scientists and engineers right up until her death in 2013.

Caroline Herschel was the first woman to discover a comet in the 19th century (she discovered eight). She was also the first British woman to have her work published by the Royal Society and to get paid for her scientific work. 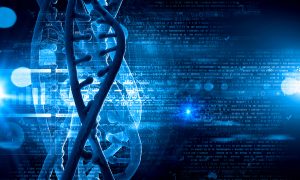 Rosalind Franklin studied DNA using x-rayed photographs and proved that the molecules were helix-shaped. Two male scientists, James Watson and Francis Crick, used her data without permission for their own studies and were awarded the Nobel Prize even though it was her work. She died of ovarian cancer before her contributions could become widely known.

Marie Curie discovered radium and polonium and was the first woman to win a Nobel Prize as well as the only woman to win in two fields and in multiple sciences (physics and chemistry). She was also the first female professor at the University of Paris.

Barbara McClintock discovered that genes could move within and between chromosomes. Her findings were not taken seriously for many years, but after science advanced enough to confirm her theories, she was awarded a Nobel Prize for her discovery in 1983.

Sally Ride was the first woman in space and inspired many girls to become scientists and astronauts. She traveled on the Space Shuttle Challenger twice in 1983 and 1984. She also wrote many children’s books on science.

Grace M. Hopper invented the compiler, the computer program that is used to translate human instructions into source code. This program is used by websites on the internet. Hopper also served in the Navy during WWII and was a faculty member at Vassar.

Ada Lovelace wrote what is now considered the first computer program and was a proponent of Charles Babbage’s calculating machine when no one else saw its possibilities. She had vision to see what is now the modern technology of computers.

Hypatia of Alexandria was the first known female mathematician and contributed to the works of Ptolemy, Diophantus, Perga and others in the 4th century BC. Her contributions are often overlooked. Hypatia was murdered and her many of her works were lost when the Great Library of Alexandria burned.

Florida Tech is home to and has been the launching pad for many successful women in STEM. Read more inspiring stories about FIT’s women in STEM now!