I’m pretty sure that by now most of you know that I have a slight obsession with sharks. In my opinion, one of the coolest things about sharks is their evolutionary progress. Sharks really haven’t evolved all that much in the time that they’ve been dominating the oceans, but recently there was an article that uncovered the structure of the prehistoric shark, Helicoprion, commonly called spiral-tooth. 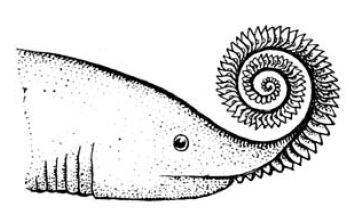 There were some pretty interesting hypotheses of what exactly these Helicoprion prehistoric sharks looked like, but thanks to modern technology, we now know! Scientists recently discovered a fossil that had enough cartilage to determine the actual structure of the spiral-tooth whorl. It probably doesn’t seem like a big deal, but for phylogenetics (the determination of where organisms fit into the whole scheme of organisms) it really is a huge and exciting discovery.

The two theories (shown in pictures above) are total opposites and were just one way for scientists to hypothesize where exactly this spiral whorl was on these Helicoprion sharks. Looking at the fossils, the first thing I thought was “what the heck could this be used for?” The fossils show this huge spiral whorl of sharp teeth that were somewhere in the shark jaw, for some purpose. 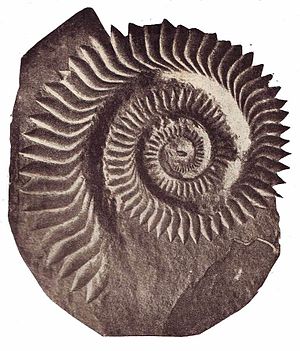 That’s some pretty interesting tooth structure for a shark! Luckily for us “finatics,” scientists used a CT scanner to determine the actual structure for this strange tooth whorl, and now we can finally put our minds at ease.

This bad boy doesn’t look nearly as interesting as the predictive drawings above, but is still completely weird! That tooth whorl couldn’t have been comfortable for these little guys, but may have been very useful in eating benthic prey, especially those with harder shells/skeletons. 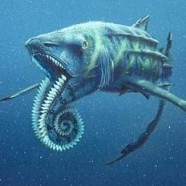 Sharks are among the Chimeras

For those who like fossils and enjoy phylogenetic discoveries, this article was a huge breakthrough! This article concluded that these sharks are among Euchondrocephali (the chimeras) and puts them slightly further away from true sharks. Nonetheless, this article was full of interesting information and shows that science is continuously discovering new information on species and phylogenetic relationships, not to mention that the news is just plain cool.