As many as 1,500 people, including Florida Tech students, staff and faculty and community members, saw the Great American Eclipse on campus Monday, joining millions of amateur astronomers across the United States in witnessing this rare celestial event.

Starting at 1:30 p.m., the university provided out 500 pairs of safety glasses and offered safe viewing at six telescopes set up on the lawn near the Olin Physical Sciences Center on Florida Tech’s Melbourne campus for the partial eclipse. At each telescope site were supplies for guests to make their own pinhole viewers, as well as toasted Os cereal and Ritz crackers through which to view the eclipse.

Florida Tech also offered live video coverage of the eclipse from locations along the path of totality. Guests may also build their own pinhole “camera” that can be used to project the image of the sun for safe viewing of the eclipse.

Saida Caballero-Nieves, an assistant professor in Florida Tech’s Department of Physics and Space Sciences and director of the university’s Olin Observatory, organized the eclipse event.

Missed the event or just want to relive the excitement? Check out Florida Tech’s video here. 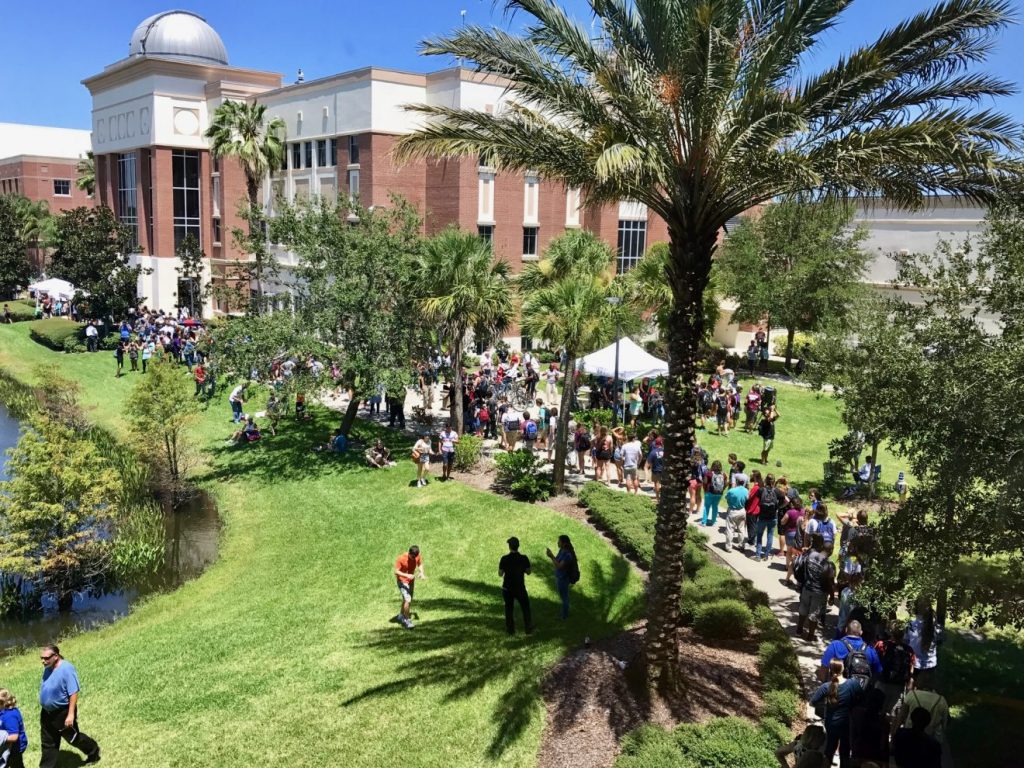 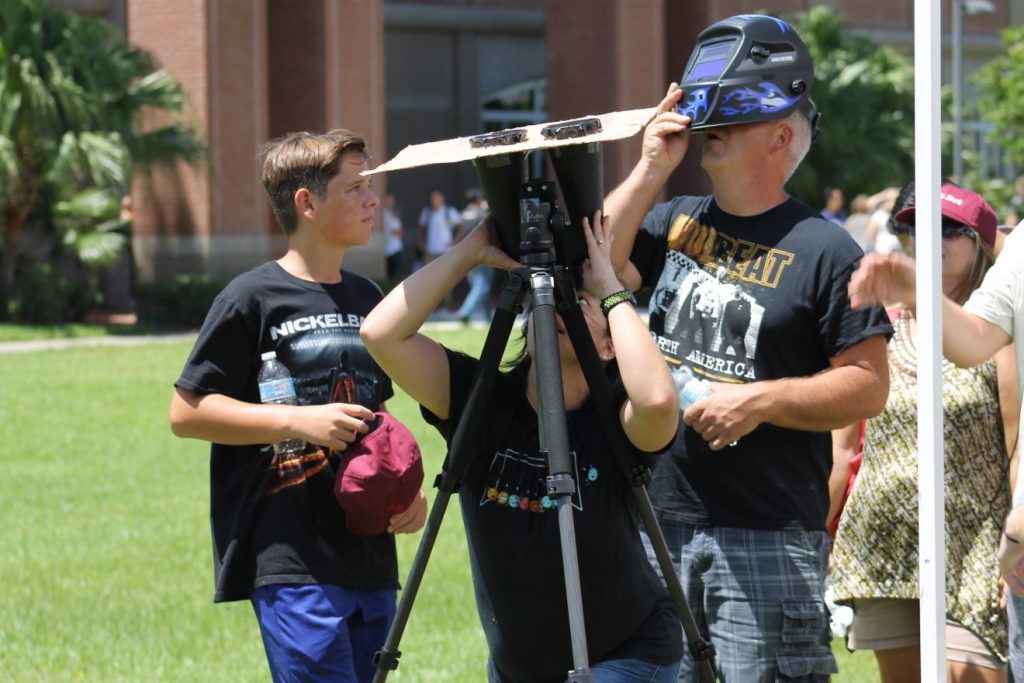 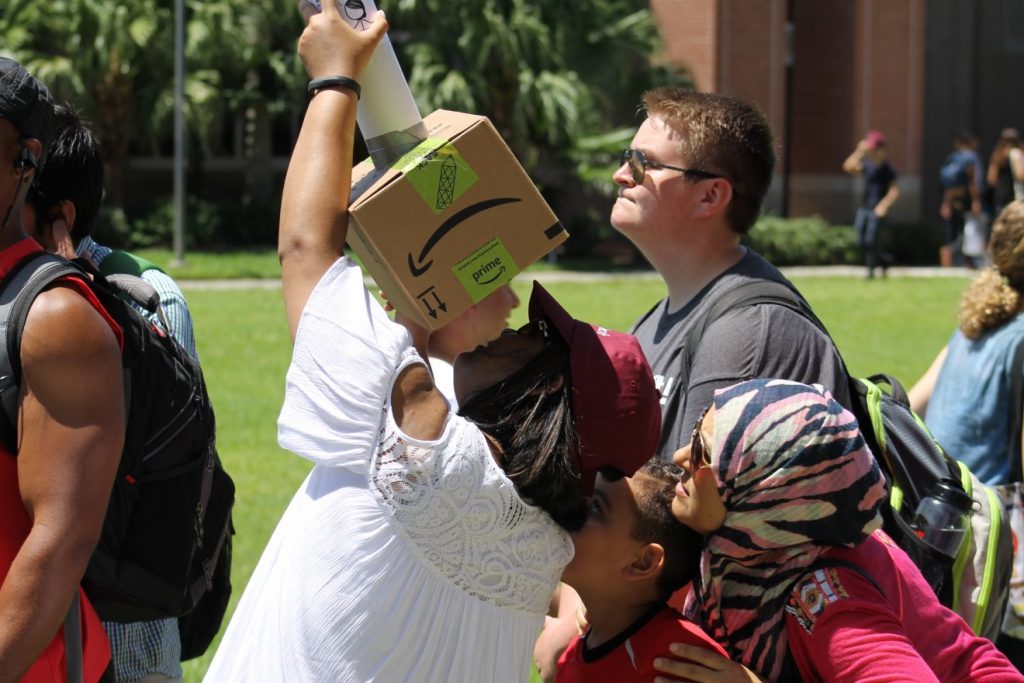 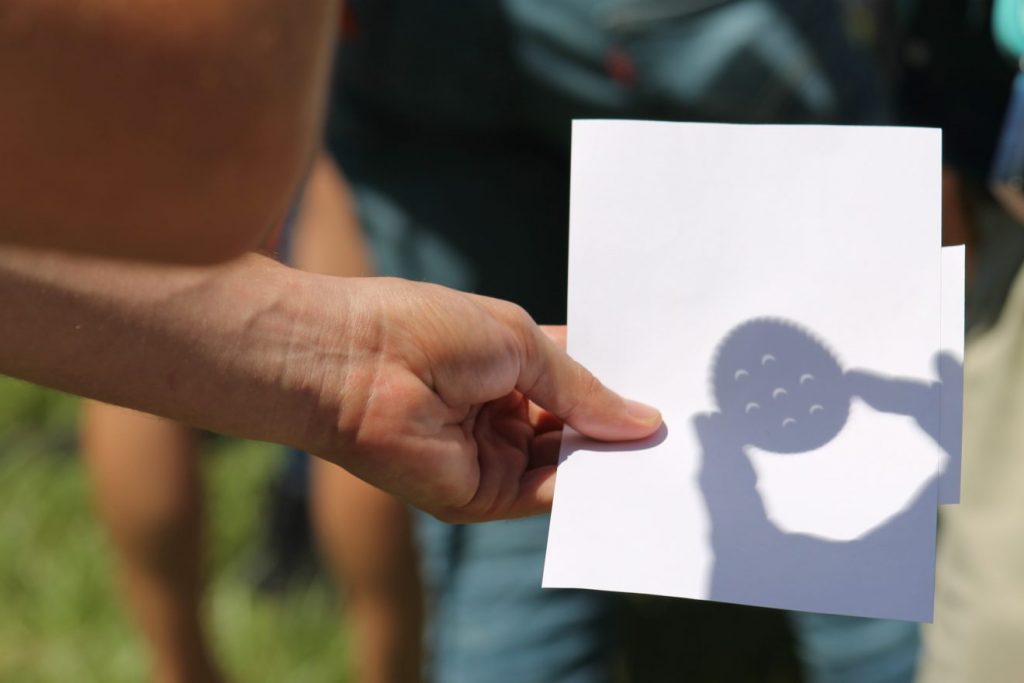