During the height of the Space Race, as the U.S. invested heavily in science and engineering education and innovation to help us reach the moon, there was a parallel initiative focused on exploring the Earth’s seas. In 1966, Congress enacted the Marine Resources and Engineering Development Act, focusing unprecedented attention on the nation’s coasts and oceans. 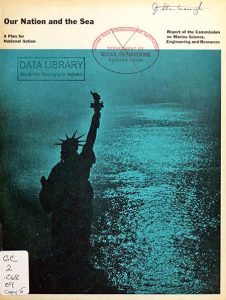 The Commission on Marine Science, Engineering and Resources, chaired by Julius A. Stratton, then chairman of the Ford Foundation, had a broad charter: to evaluate national needs and national capabilities and recommend appropriate governmental structure to meet those needs and maximize those capabilities. The commission’s final report, Our Nation and the Sea: A Plan for National Action, contained 123 recommendations designed to place the U.S. at the forefront of ocean science and technology.

One of the Stratton Commission’s ideas, to “expand support for ocean engineering and marine technician training,” became the impetus for Florida Institute of Technology to develop a training program for oceanographic technicians. Popular thinking at the time held that every doctoral-level marine scientist would ultimately require a supporting staff with up to 12 technicians.

In an effort to help meet this anticipated manpower demand, Florida Tech opened the Hydrospace Technical Institute (HTI) in September 1968. Based out of an annex to the FIT maintenance building on the Melbourne campus, it had one classroom, a machine shop, a photo lab, an office and a “loft” area filled with a bizarre combination of electronic and mechanical gear surplus from NASA and FIT. During its first year of operation, 16 students enrolled in its associate degree program in oceanographic technology.

The program flourished. Enrollment grew to 88, then 170, then 350. The facilities expanded from Melbourne to Cocoa Beach and ultimately Jensen Beach. HTI became the School of Marine and Environmental Technology (SOMET) offering both two- and four-year programs in oceanographic, marine and environmental sciences.

In April 1972, Florida Tech learned of the closing of St. Joseph’s College in Jensen Beach. The university successfully acquired the 84-acre site with 2,900 feet of frontage on the Indian River, approximately two miles north of the St. Lucie Inlet. The facility offered modern classrooms and laboratories, dormitories for 400 students, dining facilities for over 300, a library, a large auditorium, a lecture theatre, a 25-meter swimming pool and large recreational facilities, including baseball, volleyball, handball, tennis, archery and sailing. 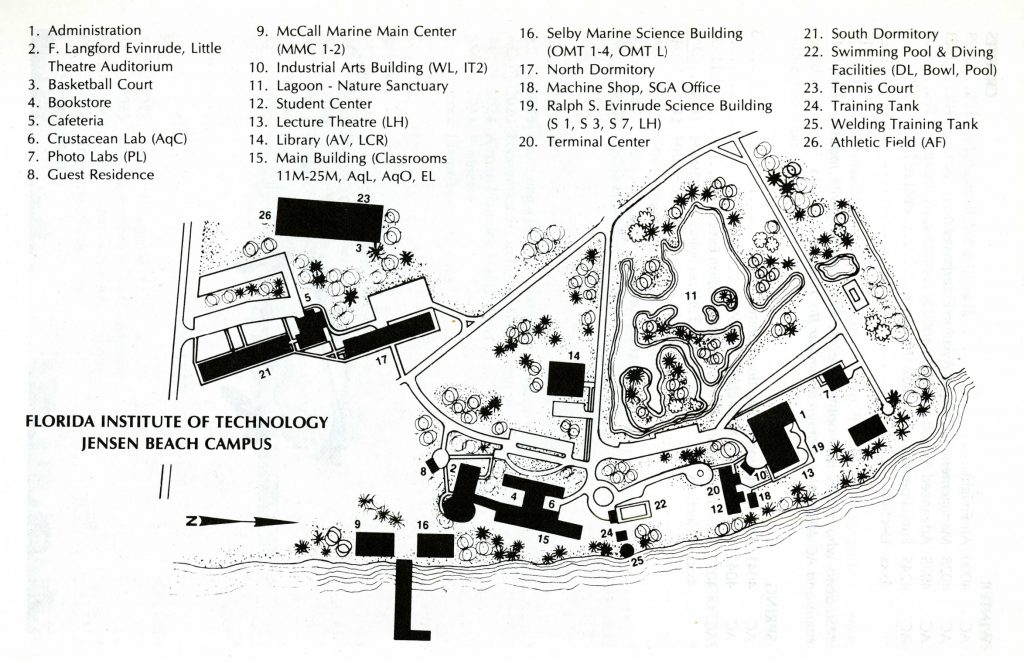 All Jensen Beach programs were renowned for their hands-on, applied curriculum. Students of all disciplines were as likely to take welding and diesel mechanics as they were to take biology and calculus.

“It was very diverse,” said Scott Olsen ’86, who graduated from the bachelor’s program in oceanographic technology. “With that background, I was a jack of all trades. It gave you that diversity to relate to all the pieces of the puzzle.”

“The Jensen Beach campus is now a county park. Some of the original buildings still stand.  What used to be the dormitory became the Brookdale assisted living facility. When FIT first arrived in Jensen Beach, I took the position as resident dorm director, and my wife and I settled in. Since I was just out of the Marine Corps, married and older than most of the students, I guess they thought I could keep things under control. Not sure that worked out quite the way everyone expected, but we had a lot of fun for a few years. So, now that I’m nearing retirement, I’m thinking we could end up at Brookdale. There would be some symmetry to that.”

The most successful graduates, he says, were those who went on to pursue a graduate degree, building upon the comprehensive foundation of their undergraduate program.

It is written that more NOAA officers came from FIT-JBC than any other college in the U.S. Alumni also went on to become leaders in engineering, ocean sciences and environmental fields.

Financial challenges led to the Jensen Beach campus closing in 1986. Current students were able to complete their studies at the Melbourne campus. Others chose to leave FIT for other universities.

The campus property remained in limbo for many years. Eventually a portion was sold to developers, while the remainder was acquired by Martin County.