A crowd from the community and across campus were welcomed to the half-day event by Florida Tech President Dwayne McCay, who said the symposium is another major space-related event the university has been honored to host in 2019, noting the March visit from NASA Administrator Jim Bridenstine.

“This has been quite a year at the Florida Institute of Technology,” he said.

“It’s going to rest on young people to do the things that have got to be done to get us where we need to go in space in the future,” he said.

Then panel discussions were held on the past, present and future of space, moderated by former CNN space correspondsent John Zarrella. 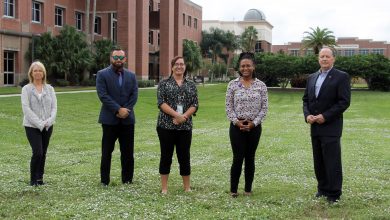