A SpaceX Dragon is orbiting the earth. Recently, tech innovator SpaceX and their team of space engineers launched their first rocket for the Department of Defense from the Kennedy Space Center. The rocket put a spy satellite of classified origin into orbit for the U.S. military. And then safely landed nearby. 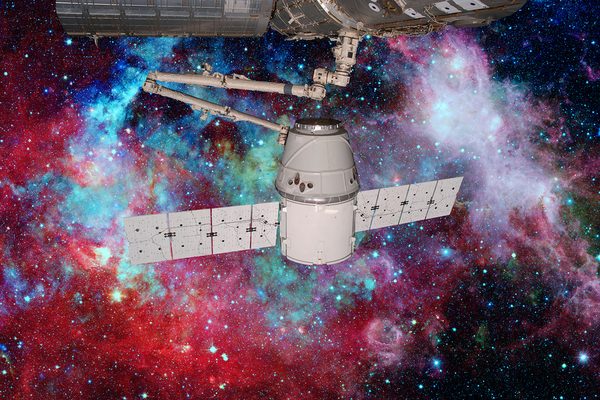 The payload being launched is known as NROL-76. The DOD requested that video of the launch be cut off at 2 minutes and 48 seconds. The rest of the launch was classified. The video resumed to show the landing of the rocket. Other NRO missions have helped to track potential terrorist threats to the U.S., monitor nuclear weapons development by various countries, and provide early warning of a missile strike on the U.S.

The mission was number 34 overall for SpaceX. But it marked the first time the private aerospace company completed a mission for the Department of Defense. SpaceX is also contracted with the Air Force to launch Global Positioning Satellites. The company has also worked with NASA on missions related to the International Space Station.

Space Engineers: Looking to the Future

Most of SpaceX’s missions are for private companies. Typically they involve the launch of other satellites so that companies can run apps and provide television, internet and other services to consumers.

SpaceX has been working on advances in its technologies. They include the reuse of rockets. This will bring down costs for military customers and others. SpaceX also has plans to send two private citizens on a flight around the moon next year. This news comes from founder Elon Musk, who also runs Tesla, Inc.

To prepare for a trip around the moon, SpaceX will perform unmanned tests of its Dragon2 spacecraft early in 2018 or when the spacecraft is deemed ready for the tests. The lunar mission is expected to last about a week and cover 300,000 to 400,000 miles, CBS reported.

One of SpaceX’s long range goals is to send humans to Mars, which won’t happen for a while yet. The current timetable has an unmanned Dragon spacecraft landing on Mars in 2020.

SpaceX has begun to launch rockets for the Department of Defense.

Private companies like SpaceX and Boeing have become increasingly involved with space travel and have begun to provide more and more of the resources the U.S. government needs to meet its objectives for space exploration.

With NASA’s launch and landing facilities as well as other operations being located in Florida, it only makes sense that aerospace engineering students would find Florida an excellent location in which to earn their degree.

SpaceX also has launch facilities at Cape Canaveral, and Florida Institute of Technology is located just an hour away from this main launch facility.

FIT students have unique access to major aerospace facilities and can witness technology innovations and rocket launches firsthand. Learn more about our Aerospace Engineering program and the many other benefits it has for students.