MELBOURNE, FLA. — Florida Institute of Technology is again a Best National University, according to the 2018 U.S. News & World Report best colleges guide that was recently released. The university climbed 20 spots to No. 151 in the most recent edition.

Meanwhile, Florida Tech is again home to the most internationally diverse undergraduate student body of any national university, according to U.S. News.

For the eighth consecutive year, Florida Tech was named a Tier 1 Best National University as one of the top 200 four-year colleges and universities in the country among the nearly 1,400 ranked by U.S. News.

“Our focus on student success continues to pay dividends for this university, and we are making great progress,” said President Dwayne McCay. “The depth of our programs, led by an outstanding faculty, equates to amazing educational opportunities for our students that culminate in career success for a lifetime.”

Florida Tech was again listed as the second-highest ranked private National University in Florida, behind only the University of Miami, and was one of just seven Florida schools in the magazine’s top 200.

The university was also ranked among the top 200 in undergraduate engineering programs at universities that offer doctoral degrees in engineering, a listing based on the judgments of engineering school deans and senior faculty at peer institutions.

The latest U.S. News rankings highlight Florida Tech’s continued commitment to educational excellence. Earlier this year, the university was lauded as one of the “best and most interesting institutions in the nation” in the 2018 Fiske Guide to Colleges. And The Chronicle of Higher Education recently identified Florida Tech as No. 11 in its list of the 20 fastest-growing U.S. colleges. A list from Forbes magazine released in August that examined what the magazine called “elite alma maters” declared Florida Tech the top private university in Florida and among the highest ranked private institutions in the country for the low amount of federal loan debt accrued by its students.

The exclusive U.S. News rankings are available at www.usnews.com/colleges. The annual listings, which group schools based on categories created by the Carnegie Foundation for the Advancement of Teaching, have grown to be the most comprehensive research tool for students and parents considering higher education opportunities. 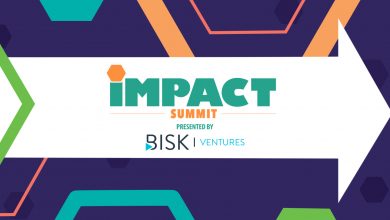