Hundreds of millions of companies exist globally, but relatively few are as impactful and well respected as Patagonia, known by most as the outdoor clothing retailer. Now, there is a Panther at the helm.

It has been less than a year since Ryan Gellert ’96 MBA, J.D., became CEO of Patagonia Works—the holding company comprised of apparel company Patagonia Inc., food company Patagonia Provisions and multimedia company Patagonia Media—but already, he is quietly and effectively igniting positive change in the world. While these industries may seem varied, Gellert thinks of them as tools to deliver against Patagonia’s mission statement.

Gellert sees past the problem to the opportunity: If his company can solve—or at least improve—this supply chain issue, it would be a solution to the climate/ecological crisis through regenerative organic agricultural practices. And finding a solution to that crisis is Patagonia’s primary mission—“to save our home planet.”

Gellert does not take the duty of continuing the brand’s 48-year history and commitment to responsibility lightly and has hit the ground running with some bold moves in recent months. He is unsurprised that the company’s position is not universally well-received.

“We’re dealing with a once-in-a-century pandemic and a really important moment of reckoning around racial injustice, among other topics, challenges and opportunities,” he says. “When you take these positions, it angers people. We live in a sound bite society now more than ever, and it’s just talking past each other versus being willing to engage in more engaged and nuanced conversations. I just want people to participate in an honest dialogue.”

His advice for other business leaders: Surround yourself with the best people you can, trust them, provide inspiration and keep your finger on the pulse of what’s most important to your people—employees and the communities you exist to serve.

“Often, it’s ‘go with your instincts,’ constantly just thinking of what’s next, really being relentless in pushing this thing forward and setting the tempo.”

An unapologetic love for business—complex and fascinating—lured Gellert to where he is today.

“I love that business comes with a scorecard. The capitalist system doesn’t care if you live or die, so you have to show up every day proving your place in the world. If you don’t, if you slip, you cease to exist. This combination of being very mission-led but doing it from the boughs of business is a sweet spot for me personally.”

It’s no surprise, then, that Gellert spent his Florida Tech days earning an MBA. His fellow MBA students’ professionalism inspired him with how they balanced their pursuit of an advanced degree with other obligations.

“It really focused me on taking it seriously and learning as much as I could.” 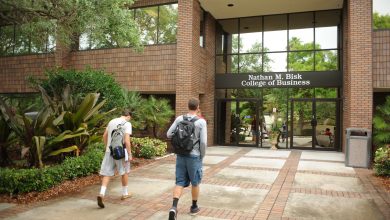 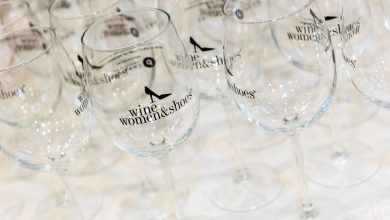