This was the third Mayors’ Cup championship for the Panthers and the first since the 2011-12 athletic year.

First presented following the 1986-87 academic year, the award was traditionally sponsored by the mayors of the nine communities home to SSC member institutions.

Florida Tech amassed 38 points across eight conference sports to win the award for a third time. Following the Fall/Winter sport seasons, the Panthers sat in second place with 17 points. FIT earned those points with a second place finish in soccer, fourth in cross country, fourth in swimming, and seventh in basketball.

The Panthers rallied to score 21 points in the Spring following Top-3 finishes in four sports. FIT was second in lacrosse, third in baseball, third at the golf championship, and sixth in the tennis standings. Florida Tech won its first Mayors’ Cup outright in 1992 and shared the award with Florida Southern College in 2012.

Barry University and the University of Tampa tie for second place with 36 points in the final Mayors’ Cup standings. Barry won conference championships basketball, golf, and tennis to earn 25 points. The Buccaneers also finished fourth in soccer and fifth in baseball.

The Spartans led the race following the Fall/Winter sports seasons with 19 points. UT finished third in soccer and swimming, followed by fourth in basketball and then fifth in cross country. Tampa grabbed championships in baseball and lacrosse this spring to force a tie for second place. 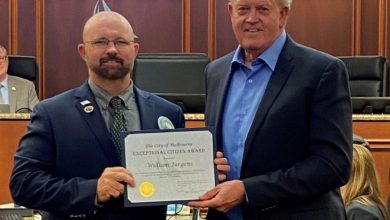