After graduating the morning of May 8, the six cadets will participate in a commissioning ceremony at 2 p.m. on campus in the Hartley Room of the Denius
Student Center. The guest speaker will be U.S. Army Captain Fadji Kumapley, a 2005 Florida Tech graduate. 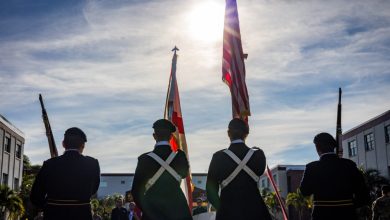