Many smart sensor devices are not properly secured against intrusion

Smart technology is everywhere, from our homes to our businesses and cars. While innovations in smart technology may make our lives easier, connected devices also come with their share of risk. Just like with computers or smartphones, hackers can potentially access the devices and their data, which can give them the information they could use to commit crimes.

Think about it—data collected by smart devices could reveal when you are at home and when you are not at home, giving the hackers an open invitation to break in when no one is likely to be around. It could also reveal items that might be worth stealing and their locations in the home in some cases, depending on the device hacked.

Another vulnerability of today’s smart sensor devices is that they could be hacked as a group and used to commit DDoS attacks (basically flooding a server with too much input and causing it to crash). DDoS attacks are a major concern in cybersecurity and smart cities. These attacks can be crippling and lead to widespread outages online or to the shutting down of major websites, which may not hurt you directly but could cause a great of pain and loss for a large number of people and businesses.

Not all smart devices use encryption to protect the data gathered and deposited on the company’s server. Older devices, particularly, may not be protected, and may allow hackers to gain access. Devices that use the highest level of encryption available can prevent hackers from intruding, at least for now.

Other hacking attempts can find success when users don’t take precautions they should, such as changing default passwords or user codes for smart devices. Keeping track of many different passwords can be a difficult task for today’s homeowners, but new password management services are now being offered to do this for you if you struggle to remember which password goes with which device.

Keeping systems updated is another way users can prevent cyber attacks, since updates often have fixes for vulnerabilities that have been identified. Cybersecurity professionals are often tasked with finding fixes for vulnerabilities that were identified through a data breach or through in-house testing. These fixes can then lead to safer designs for future products. 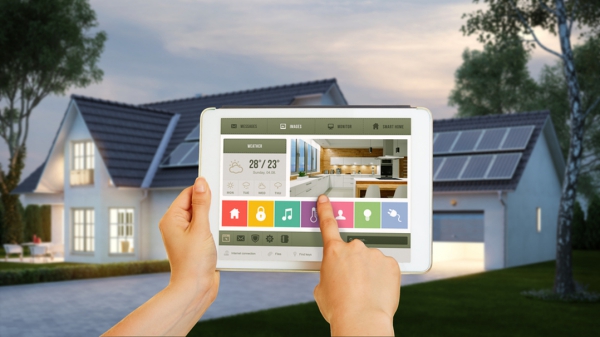 Cloud-based security is also typically safer than other types, but newer AI-based systems could become the gold standard of security as smart devices become even more prevalent. Customized security information and event managers (SIEM) are devices that can recognize and assimilate patterns of smart device use and send alerts when those patterns are altered in ways that could indicate a cyber attack. Machine learning in cybersecurity will enable devices to work towards automating the security process and making smart homes and even smart cities a growing possibility.

While it will always remain a possibility for smart devices to be compromised, consumers don’t appear to be backing off their use. Increasing cybersecurity for these devices could prevent many problems and will be a necessity as their use becomes widespread. Cybersecurity concerns of driverless cars can be even more crucial because of the immediate danger caused by potential breaches.

Florida Tech offers cybersecurity degree programs that give IT professionals the top-notch skills and information they need to counter threats and keep smart devices safe. Learn more about our cybersecurity program and the advanced training it provides.