MELBOURNE, FLA. — Florida Tech’s Beta Nu Zeta chapter of Pi Lambda Phi earned several awards at this year’s leadership convention in Pittsburgh, Penn. A
highlight was the Edward Goldman Alumnus Achievement Award made to Alan B. Brown, Ph.D., Florida Tech associate professor of chemistry. This award honors
an alumnus of Pi Lambda Phi who has contributed the most to the organization over the years.

Among the students earning awards was Michael Allred who received the Rafer Johnson Upsilon Achievement Award. This recognizes an undergraduate brother who
closely exemplifies the qualities of Olympics decathlete Johnson, who was a member of the chapter, California Upsilon. Nomination is based on such
achievements as athletics, scholarship, and service to the fraternity, college and community.

Florida Tech students Justin Grigg and Ryan Woosley received the Scholarship Keys Award. This recognizes graduating seniors who have a cumulative GPA of
3.3 (on a 4.0 scale) or higher at the end of their first semester senior year.

Pi Lambda Phi, founded in 1985, was the first non-sectarian fraternity in the United States. Its charter was to accept men of good character without regard
to race or religion. The organization promotes academics, leadership, social skills and lifelong fraternal bonds. For more information on Pi Lambda Phi
Fraternity visit www.pilmabdaphi.org/ 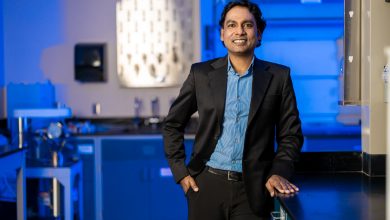