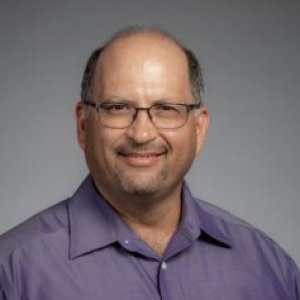 Dr. Perlman is an observational astrophysicist whose research concentrates on the nuclei of galaxies.

Dr. Eric Perlman is an observational astrophysicist whose research concentrates on the nuclei of galaxies, their physics and evolution, particularly those in which the central black hole has a large rate of accretion and is abnormally active (the so-called active galactic nuclei, or AGN).

He also specializes in the structure and physics of high-velocity outflows from compact objects and AGN, particularly, jets. He has a strong interest in clusters of galaxies, galactic activity in clusters and observational cosmology. He takes a multiwaveband approach to these subjects, and has worked in virtually every energy range from the radio through gamma-rays.

Dr. Perlman has, in the process of his research, received over $2 million in grants, including two 5-year NASA Long-Term Space Astrophysics Program grants, a 3-year NSF grant, and multiple smaller grants for observations with the Hubble Space Telescope and Chandra X-ray Observatory.

He is a member of the AGN science team for CanariCam, a first-light instrument for the Gran Telescopio Canarias, currently the largest ground-based optical/infrared telescope.

Dr. Perlman came to Florida Tech in 2007 after postdoctoral fellowships at Goddard Space Flight Center and the Space Telescope Science Institute, as well as research staff and research faculty positions at Johns Hopkins University and the University of Maryland, Baltimore County. He maintains a large research group that includes a postdoctoral fellow as well as typically 3-4 graduate students and an equal number of undergraduate research assistants.

In his spare time, he enjoys chess, singing, Scrabble, playing with his kids, reading, photography and working out.

Dr. Perlman's research spans several areas of astrophysics, and my contributions in each have been strong, well cited and diverse. His main area of expertise is in the field of high-energy astrophysics, specifically the physics of active galaxies, where he has made important contributions to our knowledge of jets, the high-energy, relativistic flows that emerge from the central regions of the most powerful AGN. He has made critical contributions to the physical processes responsible for their emission, their response to stimuli and variability, and also made available a database of these objects. He has also done ground-breaking work on cosmology, including work at the very edge of physics and astrophysics, laying out the geometry and framework for tests of quantum gravity using astronomical observations of the most distant quasars, and on the distribution of clusters of galaxies in the local and distant universe. He parlayed these important accomplishments into two large chapters in graduate-level textbooks on extragalactic astrophysics, published during the last two years. 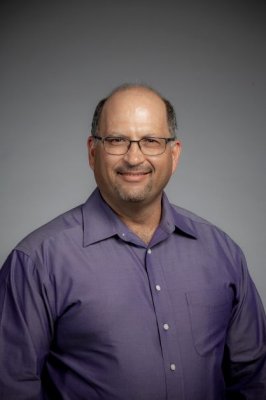 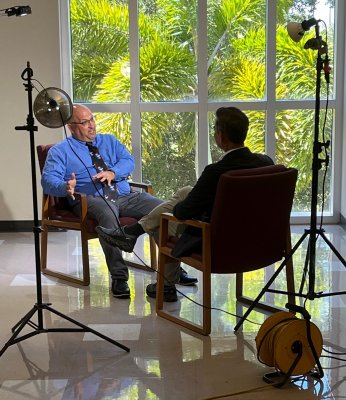 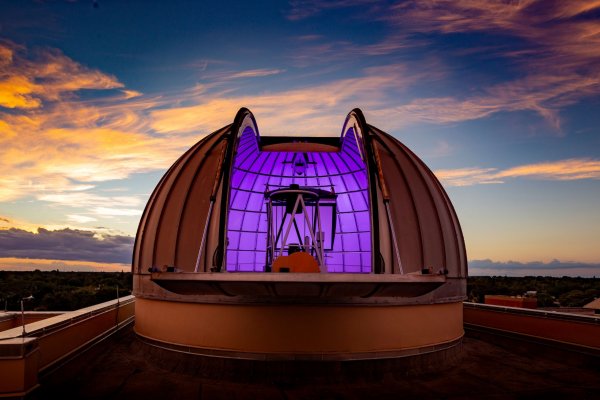 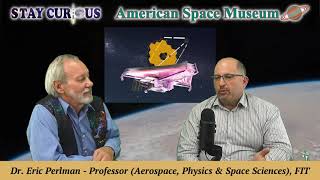 Are We There Yet? (space podcast)

The first images from the James Webb Space Telescope are out, revealing thousands of ancient galaxies, nebulae, and a close-up look at a planet outside our own solar system. The images are stunning and only just the beginning. We’ll break down this first batch of images with Florida Institute of Technology’s Eric Perlman and talk about what’s to come from this brand new observatory in the sky.

"The impact of AGN outflows on the surface habitability of terrestrial planets in the Milky Way," published in the Monthly Notices of the Royal Astronomical Society, is a research paper by the team of astrobiologist Manasvi Lingam and astrophysicist Eric Perlman from Florida Tech's Department of Aerospace, Physics and Space Sciences, as well as researchers from the University of Rome, University of Maryland and Goddard Space Flight Center.

“These are galaxies and stars that we are seeing from 14 billion years ago. So it’s mind-blowing,” said Eric Perlman of Florida Tech.

More powerful than the Hubble Space Telescope, Webb is designed to peer back in time to about 100 million years after the Big Bang. “Hubble and all the other telescopes have been able to get us back to 600 or 700 million years after the Big Bang. But that 600 or 700 million years between the Big Bang and where Hubble has been able to get us to, a lot goes on,” said Dr. Eric Perlman, an astrophysicist at Florida Tech in Melbourne. “It’s a lot that we haven’t seen and it’s stuff that we need to learn about in order to figure out how it is that the universe came into being and came to be the way that we see it today.”

Importantly, unlike Hubble, JWST can observe in the infrared, and its angular resolution in the infrared improves on Hubble’s. Because the expansion of the universe moves the light from the earliest galaxies and stars into the infrared, JWST is uniquely able to view these objects. And JWST is a more powerful tool for observing exoplanets because the stars they orbit are fainter in the infrared, while the exoplanets are brighter.

A fledgling astronomer since early childhood and now an accomplished astrophysicist at one of the country’s leading research institutions, Florida Tech’s Eric Perlman is excited about Dec. 24.

Your email has been set!
Powered By

Back to top button
Close
Close