Jose Martinez-Diaz, a visionary educator who established and led Florida Tech’s applied behavior analysis programs to global prominence and success, passed away Sept. 21, 2020, from diabetes complications with his wife, Danette, by his side. He was 70.

Martinez-Diaz was born in Cienfuegos, Cuba, in 1950 and immigrated with his sister to Miami in 1961, temporarily leaving his parents behind. This traumatic uprooting would have a profound and lasting impact on his life, sparking his desire to better the lives of vulnerable people in need of both comfort and useful action, he said in his biography.

This determination “to channel fear, anger, and resentment into positive change for all people” steered his lifelong commitment to behavior analysis.

He became a naturalized citizen in 1976, and one year later, received his master’s degree from West Virginia University. He was awarded his Ph.D. in clinical psychology, with an emphasis in behavior analysis and therapy, from West Virginia in 1984. He started working as a behavior analysis practitioner in the late 1970s and held several administrative positions in the public and private sectors from 1988 through 1996.

In 1997, Martinez-Diaz founded and presided over ABA Technologies Inc., a company built on applied behavior analysis’s scientific approach to understanding behavior. It specializes in instructional design and technology and organizational consultation.

One year later, in a fateful connection, Martinez-Diaz came to Florida Tech and founded the school’s first ABA program, which he headed until December 2018.

For a number of years, he taught nearly all of the required program courses. He also founded Florida Tech’s ABA Online program and served as its original program director, developing most of the course material for the entire program himself.

Always one step ahead of everyone else, he was developing course material for an updated version of his online program at the time of his passing.

Early on, Florida Tech was one of the few universities in the United States offering an online professional development program in ABA for people seeking certification.

“Jose had a deep well of compassion and kindness that I will never forget,” Florida Tech President T. Dwayne McCay says. “The challenges he overcame and the hardships he endured could have shaped him in a different way, but he drew strength from his life experiences, and that made him so good at what he did. His impact at Florida Tech and on his many students cannot be overstated, and we all will miss him dearly.”

Martinez-Diaz continued to build on the foundation he established at Florida Tech, ultimately launching multiple certificate programs and six ABA degree programs, including the ABA master’s degree program, the organizational behavior management program, an Orlando-based master’s program, a Ph.D. program and a hybrid online program. He also established the university’s School of Behavioral Analysis, which allowed for integration across the multiple ABA programs. He served as head of the school until December 2018.

He was also involved in starting Florida Tech’s Scott Center for Autism Treatment.

In 2013, he was named associate dean at the College of Psychology and Liberal Arts. In 2019, he began serving as university professor.

“He was a beacon of light and kindness that we were all drawn to, and the world is now a darker place,” says Lisa Steelman, College of Psychology and Liberal Arts dean. “We draw some strength knowing that his legacy will live on in the students and programs he loved so much.”

Outside of Florida Tech, Martinez-Diaz was heavily involved in strengthening and broadening his chosen field. He was past president of the Florida Association of Behavior Analysis, and in 2005, received that organization’s highest award, the Charles H. Cox Award for Outstanding Service and Advancement of Behavior Analysis in Florida.

He also was a member of the Behavior Analyst Certification Board for seven years. In 2019, he received the Distinguished Alumni Award from the Eberly College of Arts & Sciences at West Virginia University.

Martinez-Diaz had other interests and passions, as well.

He had more than 12,000 vinyl records, 45,000 CDs, 14,000 videos (organized by genre and in alphabetical order) and state-of-the-art audio-visual equipment to enjoy his vast personal collection. He was also a devotee of sashimi.

News of his passing elicited an outpouring of support and remembrances across social media, where several associates and former students wrote of how Martinez-Diaz changed their lives with his optimistic approach and passion for applied behavior analysis.

Details on a public memorial service will be announced at a later date. 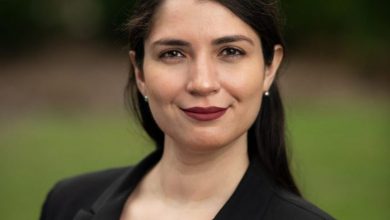 A Partnership in Paraná for Autism 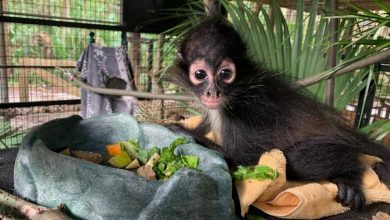 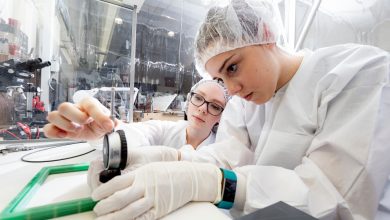