MELBOURNE, FLA.—A new record reveals that changes in the temperature of the Atlantic Ocean quickly translate into climate change in western Amazonia. Nicole Mosblech, who earned a doctoral degree in biological sciences from Florida Institute of Technology last May, and a team of international collaborators report their findings in this week’s issue of Nature Geoscience. Their paper is titled “North Atlantic forcing of Amazonian precipitation during the last ice age.”

The researchers report on a chemical analysis of stalagmites recovered from a cave in Ecuadorean Amazonia that provides a record of changes in rainfall for almost the last 100,000 years. The data show that Amazonia remained wet for that entire period, although there were rapid changes to drought and wet events. These rapid changes in rainfall correlated closely with changes in sea-surface temperature in the North Atlantic Ocean. For much of that time, cool ocean conditions induced wet events, whereas a warm ocean induced drought in the Amazon.

Biology Professor Mark Bush, leader of the Florida Tech research group, said, “The exciting thing about these data is that they show the quick response of the tropics to changes that took place in the Atlantic Ocean.”A longstanding question in Amazonian ecology, the center of biodiversity, has been whether the ice ages were so dry that the area of rainforest contracted. “These data suggest that Amazonia was as wet, or wetter, than present during the coldest period of the ice age,” said Bush.

Other unusual findings of this study were that the changes, which occurred, were more rapid than previously reported, and secondly, the Amazonian climate became decoupled from that of the Atlantic Ocean and the adjacent Andes, during the coldest time of the last ice age. This period of climatic independence was from about 40,000 to 17,000 years ago.

Another central finding of the paper was that during warm periods there was strong coupling to the temperature of the Atlantic Ocean, which corresponded to dry events. These data are of considerable importance said Will Gosling, a coauthor on the paper from the Open University in the UK. “As we generate an understanding of the pace of past climate change, we can make more informed estimates of future changes.”

The climatic future of Amazonia is uncertain, but some models suggest that because of drying most of the rainforest will be reduced to shrubby grasslands by mid-century. Although the paleoclimatic record featured droughts in the past, none were of sufficient intensity to cause a loss of forest cover. Bush said, however, “As the Atlantic Ocean warms drought is inevitable for Amazonia, probably occurring on a scale that has not been evident in at least the last 100,000 years.”

The research was funded by grants from the National Geographic Society (USA) and the National Science Foundation (USA), The Open University (UK) and the Natural Environment Research Council (UK). 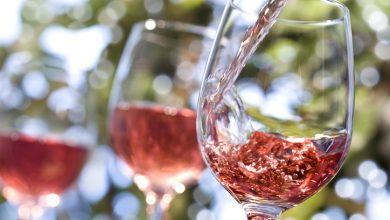 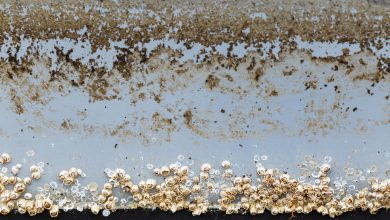