Ann Dunwoody, a fourth-generation Army soldier, grew up understanding what it meant to serve her country. As America’s first female four-star general and former commanding general of the U.S.

General Dunwoody earned her master of science in logistics management from Florida Tech in 1987. After that, she built upon her talent as a logistician, innovator, and empathetic leader to rise through the ranks. In her brilliant military career, she went from leading 100 soldiers to her final assignment leading over 69,000 employees in a $60 billion enterprise.

In addition to her military honors, Ann was recognized with the Theodore Roosevelt Award, the NCAA’s highest honor, and was the recipient of the 2007 Military Order of the World Wars Distinguished Service Award. General Dunwoody received the Jerome P. Keuper Distinguished Alumni Award from Florida Tech in 2014 and was named to Florida Tech’s Board of Trustees in 2016.

General Dunwoody shares her guiding principles and inspiring story in her memoir, A Higher Standard, published in 2015.  “Meeting the standard will always suffice if you want to be average or just get by. Exceeding the stardand and living to a higher standard can lead to success and the achievement of your dreams,”  she said. 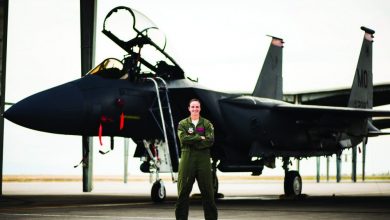