Like toilet paper, hand sanitizer and N95 masks, optimism among most experts studying the coronavirus-ravaged economy is in short supply.

The initial indications of what the global response to the pandemic has wrought on national, state and local economies is already unprecedented, including more than 30 million initial claims for unemployment in the United States in just a six-week period since coronavirus hit.

But there are a few things economists such as Michael Slotkin, a professor at Florida Tech’s Bisk College of Business, do agree on: This is going to be a real mess, and it’s going to linger.

We will get through this, he added, “but I can’t tell you when that is going to be.”

Until then, the economic indicators that will be coming out over the next several months at every level “will be so astronomically different than anything we’ve seen,” Slotkin said.

For the Space Coast, there are concerns and some potential positives.

Manufacturing comprised nearly 20 percent of Brevard County’s gross domestic product in 2018. That may be a small saving grace, Slotkin said, as work could conceivably continue in this sector amid the downturn.

Even now, there are encouraging developments, including the announcement on April 24 that a new company, Aerion Supersonic, chose Orlando Melbourne International Airport for its worldwide headquarters and integrated campus for research, design, build and maintenance of its supersonic aircraft.

Aerion Park, to be located on 60 acres at the northwest corner of the airport property, will house manufacturing of the company’s new AS2 supersonic business jet with plans to create at least 675 new jobs by 2026 as part of a multi-year, $300 million investment.

However, Slotkin notes that in terms of employment in Brevard County, manufacturing provided fewer jobs than the education and health and leisure and hospitality sectors, according to averages over the last 20 years through March 2020. Already, contractions are showing up: education and health shed roughly 1,000 jobs in March, and 300 jobs are gone from leisure and hospitality.

(Slotkin thinks up to 40 percent of the 17 million leisure and hospitality jobs nationwide could be lost this spring.)

The unemployment report due on May 22 may show a far larger fall in leisure and hospitality jobs on the Space Coast. “I do think this number is going to decline dramatically in just one employment report,” Slotkin said.

Tourism has been a $2.1 billion-a-year industry for Brevard County, responsible for about 26,000 jobs. Those numbers will certainly both decline in the months to come, though by how much remains hard to gauge.

The metric that Slotkin believes is among the most telling barometers of the county’s tourism health is the 5-percent accommodation tax, more commonly known as the bed tax. The last major economic downturn, the Great Recession of 2008, triggered seven years of flattened collections of around $8 million annually.

When the recovery from that began, the total increased every year to more than $16 million in fiscal 2019. Judging by the first five months of fiscal 2020, with collections up more than 14 percent, the annual total could have hit $18 million.

How far will the bed tax total drop? Slotkin predicts a fiscal year total of between $10 million to $11 million, what he called “a profound change.”

“So the loss isn’t really from $16 million down but also from the promise of what could have been,” Slotkin said. “Things were looking great.”

The potential damage to bed tax totals is just one impact tourism and hospitality may experience because of the pandemic, Slotkin said. There may be ‘give-back’ on room rates as hoteliers seek to lure jittery travelers back out with lower prices. Some properties may not even survive the downturn.

And when travelers do return, might the lure of an Airbnb or condo rental that generally experiences a smaller number of travelers – and possibly lower risk for sharing contagions – cut into traditional hotel occupancy? Already, vacation rentals have grabbed a steadily larger slice of the Space Coast market, hitting 13 percent in 2019, up from 8.8 percent in 2017, according to data from Florida’s Space Coast Office of Tourism.

“Will we see a shift in where people stay?” he asked. 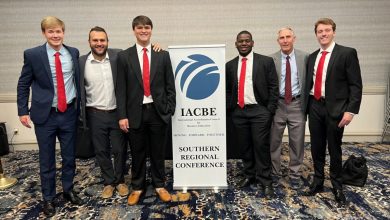