MELBOURNE, FLA. — John Thomas “Jack” Hartley, whose singular impact on the growth, identity and success of Florida Institute of Technology over more than three decades on the university’s Board of Trustees was rivaled only by his remarkable 40-year career at Florida-based Harris Corporation, has passed away. He was 88.

Hartley was named to the Florida Tech board in 1987 – the same year he was named chairman of the board of Harris, where he was also president and chief executive officer – and over the next decade he worked closely with university leadership to dramatically advance the university by, in part, securing one of the largest gifts in its history.

“Jack’s impact on Florida Tech cannot be overstated and will forever be remembered,” said Florida Tech President Dwayne McCay. “As with his leadership at Harris, and really in everything he did, Jack was guided by his unerring desire for excellence and his vision for how to achieve it. And he always achieved what he set out to do, a fact for which all of us at Florida Tech are eternally grateful.”

McCay continued, “Mary Helen and I send our heartfelt condolences to the Hartley family, to his colleagues on our board and at Harris, and to the many, many people whose lives Jack has touched.”

Just as he guided Harris into the ranks of one of the nation’s premier technology corporations and worldwide leadership in the communications, electronics and space sectors, Hartley tirelessly devoted himself, as chairman of the Florida Tech board and head of a university capital campaign, to making Florida Tech one of the nation’s outstanding private universities. The culmination of Hartley’s and President Lynn Edward Weaver’s efforts came in 1997 with the F.W. Olin Foundation’s $50 million gift to the university.

“I don’t think anyone labored harder than Jack Hartley,” university historian and professor Gordon Patterson told Florida Tech Today magazine in 2006. “He staked his reputation on the success of Florida Tech and its mission.”

With his guidance, generosity and sage counsel, Hartley’s role on the Florida Tech board added to the legacy of the Florida Tech-Harris Corporation relationship that stretches back more than a half-century to the earliest days of both institutions.

Harris founders Homer Denius and George Shaw, and executives throughout the years, including Joe Boyd, Phil Farmer, Howard Lance and most recently, Chairman, President and CEO Bill Brown, joined Hartley in giving to the university both professionally and personally. Their gifts exemplify individual and corporate civic responsibility.

Hartley retired as Harris CEO in 1995.

In a tribute to Hartley’s leadership of Harris, Farmer, his successor, said in a company news release, “Jack has made an outstanding contribution to the growth and success of our company. As the principal architect of our corporate strategy, and through his insistence on the highest standards of quality and customer satisfaction, he has guided Harris to a position of world leadership in the markets we serve.”

Hartley’s insistence on those high standards, and his amazing generosity, were hallmarks of his time on the Florida Tech board, as well. The campus now includes the John and Martha Hartley Room in the student union building (named for Homer Denius) and Hartley Hall, a five-story residential facility in Harris Village. He and his wife Martha also created the John Thomas and Martha Hartley Scholarship for undergraduate students.

Hartley’s memorial service will be at 2 p.m. June 16 at Holy Trinity Episcopal Church, 50 W. Strawbridge Ave. in Melbourne. Arrangements by Brownlie & Maxwell Funeral Service. No viewing or additional funeral service is planned. In lieu of flowers, the family asks that donations be made to the Florida Institute of Technology or the Health First Foundation.

The obituary from Brownlie and Maxwell is available here. 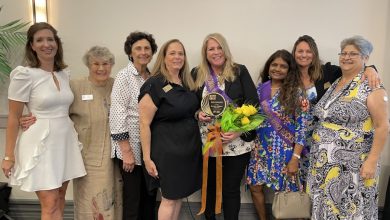 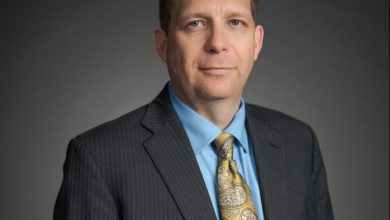