The L3Harris Institute for Assured Information FITSEC Team is racking up the wins.

“We are looking forward to a great season and growing the program,” said TJ O’Connor, primary faculty advisor to FITSEC and director of Florida Tech’s cybersecurity program.

UPDATE: At the National CyberBowl, Thomas, Jessee, Brustowicz and Orcinolo took 2nd. The FITSEC team excelled in both the technical presentation and capture-the-flag events. The US Cyber Challenge competition, funded by the Department of Homeland Security and supported by the White House Chief Information Officer, pitted the nation’s best cybersecurity students against each other.

The team is also busy building the cybersecurity competition for the upcoming AvengerCon Conference on Dec. 1. The conference is a private but unclassified event for the U.S. Army’s only Offensive Cyberware Brigade. Additionally, O’Connor has accepted an invitation from the Brigade’s leadership to serve as the keynote speaker for the conference.

‘It’s Like I Just Get to Play Every Day’: Triple Alumnus Kaleb Smith Talks Careers in AI, the Importance of Cybersecurity and His Love for Florida Tech 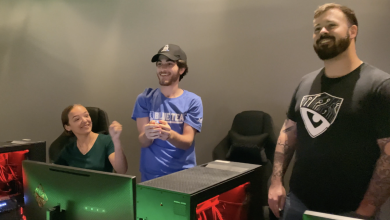