Finding the building blocks for life in outer space is what astrobiologists do.

There have been some incredible discoveries in astrobiology recently that may change the way we understand both our world and the known universe. Astrobiology is the study of life throughout the universe, with a special focus on biological processes or components that appear on other planets than our own. Here are some recent breakthroughs and why they are significant for us on Earth.

Researchers have recently used thermal models and tectonic evidence to conclude that beneath the icy surface of Pluto lies at least 100 kilometers of liquid water. The research also suggests that the water has a similar salt content to the Dead Sea. The fact that water could exist on a planet so far from Earth may have scientists reconsidering the possibilities of biological life in different parts of the known universe. 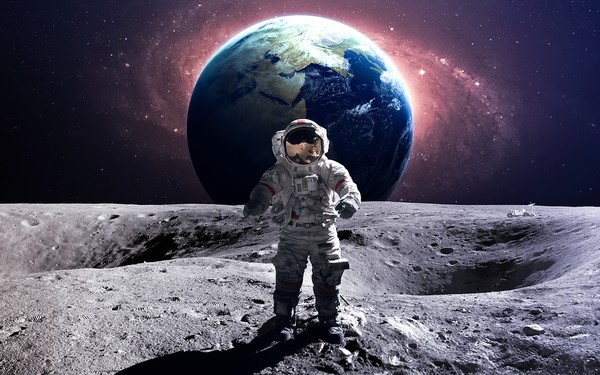 Satellite imagery of Mars has shown that water flows there in warmer seasons, right up to the present day. The water is likely briny due to salts on the surface, but the fact that water flows on Mars is significant in that more research may validate the hypothesis that if need be, some or all of Earth’s population could make a settlement on Mars.

3. Methane and organic molecules on Mars.

In 2014, methane levels were shown to increase suddenly on Mars, then drop back to normal levels. Scientists still don’t know what caused the increase, but are investigating to see whether the methane increase could have been caused by living organisms, similar to those found on Earth. If living organisms were found on Mars, it would show that organic life is possible on other planets that have similar atmospheric and temperature conditions to Earth, as Mars does.

In 2013, three planets orbiting a star outside our solar system with a mass greater than Earth were discovered by the Kepler space telescope. The conditions on the planets and whether they contain any markers of life or could sustain life are still being investigated. The more planets like this that are discovered, the more it seems likely that at some point, some kind of life might be discovered on another planet.

In 2015, the UC Berkley “Radio Listen” team observed an unusually strong radio frequency coming from the direction of a planet outside our solar system using a strong radio telescope. The signal was transient, not continuous, but follow-ups are being conducted to determine whether the signal originated from Earth or from a source beyond Earth. If evidence of a radio transmission originating from outside Earth was verified, then it would mean that some source of intelligent life exists outside our solar system.

An astrobiology degree can be a stepping stone to doing research about life throughout our solar system. Florida University of Technology is the only university offering a Bachelor’s in Astrobiology for one-of-a-kind expertise in this growing field.