Britannica defines memory as “the encoding, storage and retrieval in the human mind of past experiences.” A new study involving a Florida Tech researcher may upend that classic characterization: It shows people sometimes correctly recall information in the presence of strong semantic cues without previously storing it.

“Recallable but not recognizable: The influence of semantic priming in recall paradigms,” a paper written by Florida Tech psychology assistant professor Richard Addante, along with researchers from NASA, SUNY Geneseo, University of Waterloo and Wilfrid Laurier University, discovered the memory error through examining the mechanism that drives the production of recognition failures. The paper, which was published in the January edition of Cognitive Affective & Behavioral Neuroscience, showed that just because a person can recall a word doesn’t mean they consciously remember it.

In the study, the team discovered an improved, more sensitive way of measuring memory. This was done by using brain activity measures to help figure out why memory errors were occurring and combining that data with the results of other studies of behavior to identify the reasons why people couldn’t recall where the info came from.

Five different experiments were conducted, providing insight that recall, previously though to represent the exclusive domain of recollection-based processing in episodic memory, can at times also be served by a mix of implicit cognitive processes including repetition fluency and semantic priming. For example, if a subject is given words like, “doctor,” “nurse,” and “syringe,” the subject might be cued that the target subject was a hospital.

These findings may play a significant role in determining what parts of memory have been affected by brain injury or diseases such as Alzheimer’s and dementia, and in discovering new ways to test for these things, because tests of memory recall are often used to assess cognitive abilities.

“You want to test patients to see if it is their conscious or nonconscious memory damaged: what kind of memories do they have and what kind are impaired?” Addante said. “Usually when patients exhibit intact abilities to recall, we assume it means their conscious memory for recollecting is driving it and thus intact, but we don’t tend to think that it could be driven by non-conscious implicit processes. So, we could potentially miss certain diagnoses.”

The study data suggests two key points: standard measures of cued recall can be contaminated by implicit memory and treating cued recall responses as a relatively straightforward measure of explicit memory may not always be appropriate. Addante noted that moving forward, researchers should consider the factors that could contribute to a correct response on a recall trial in their tasks and, when possible, should include redundant measures to ensure that a “recall” response really does represent explicit memory.

The study is the result of what Addante calls “teamwork and science,” combining seven years of research across two countries and multiple experiments into one paper. The next goal of this work is to utilize it in a clinical setting and integrate it to see if memory errors can be prevented. Addante noted his previous research team developed audio and visual stimulation that stimulates the brain at certain frequencies and improves memory.

The study has even more importance because of the possibility to build upon groundbreaking research done by Endel Tulving, a 93-year-old researcher at the University of Toronto who discovered memory recall and the processes involved. His models going back to the 1960s and 1970s have given researchers a memory retrieval code that is still used to this day, and his work showed there were conscious and nonconscious memory processes. The new research offers insight into an old problem in memory that Tulving first characterized.

Working so closely to Tulving’s research is something that was not lost on Addante during his talks with team members, including Lindsey Sirianni, who was a graduate researcher at California State University, San Bernardino when Addante was an assistant professor there and completed the project for her master’s thesis.

“I used to tell her, ‘It’s not every day as a graduate student you get to show that there was a better way Endel Tulving could’ve measured memory,’” Addante said. 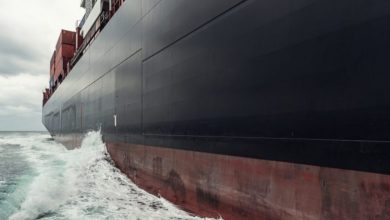