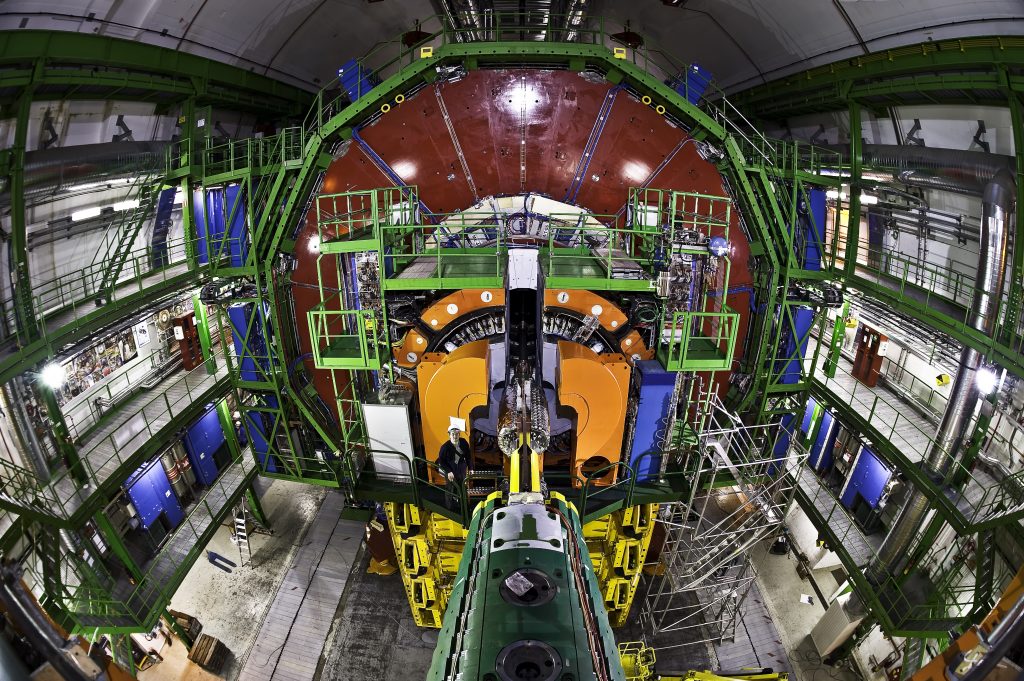 The largest particle accelerator on Earth is Large Hadron Collider on the border of France and Switzerland. Scientists use the 17-mile-long underground tunnel housing thousands of superconducting magnets (operated by the European Organization for Nuclear Research, CERN) to smash counter-rotating beams of protons so they break apart material into their most fundamental states.

The LHC’s most famous experiment to date was detecting the theoretical Higgs boson. 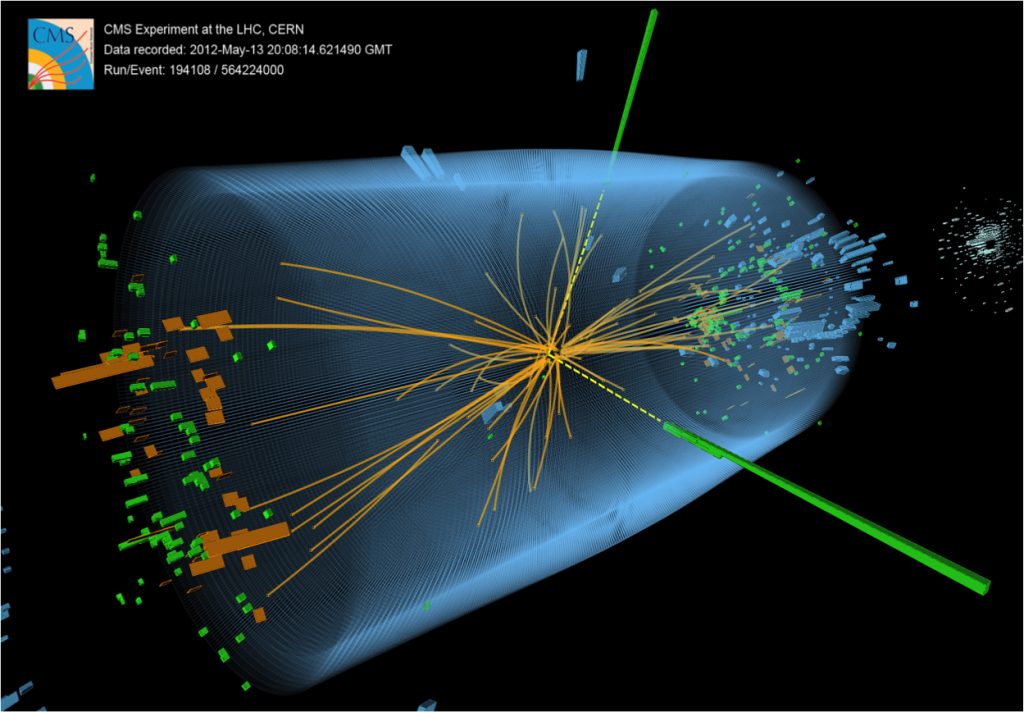 The discovery of that elusive particle, if proven to be the right kind of Higgs boson, will make physics’s Standard Model practically complete. But the quest is not over: the Standard Model is only one way of understanding the subatomic world. Scientists estimate that the composition of our universe is only about five percent regular matter as described by the Standard Model; another 25 percent is dark matter, and 70 percent is dark energy that propels the expansion of ouruniverse. That means there is a lot we don’t understand, and scientists hope the LHC will provide clues.

This summer, Florida Tech’s Marc Baarmand, Marcus Hohlmann and Francisco Yumiceva along with several student researchers will be part of a large team of international scientists working on LHC’s Compact Muon Solenoid (CMS) detector, which is designed to see a wide range of particles and phenomena produced in high-energy collisions.

Experiments run in the collider are designed to answer the most profound questions of physics: What is the origin of mass? What is dark matter?

“These are big questions, fundamental questions of our time,” said Baarmand.

Three professors and a research scientist from Florida Tech played a role in the recent discovery at the European Organization for Nuclear Research (CERN) of a a “Higgs-like” boson, the elementary particle that gives mass to the universe. Igort Vodopiyanov, research scientist, Frencisco Yumiceva, assist. prog. Marcus Hohlmann, assoc. professor and Marc Baardmand, professor, in the CMS center at Florida Tech, that gets data feeds from CERN. Photo by Malcolm Denemark

This isn’t the first time the Florida Tech team has done work at the LHC. Numerous trips to CERN’s headquarters in Europe in years past included jobs ranging from improving the CMS detector when the collider was shut down for scheduled upgrades, to evaluating the plethora of data from the machine’s first run that included data taken from 2009–12.

Currently, Florida Tech scientists are geared up for LHC’s second run to continue the quest for understanding the most basic materials of the universe. “This new run is at much higher energy—13 TeV—than the previous run, which was 7 and 8 TeV. That’s a big deal,” said Hohlmann.

“More energy allows you to make massive particles more easily. So the CMS experiment will be more sensitive to new-physics particles that make up massive dark matter.”

The LHC will run around the clock for the next five months and produce roughly 2 quadrillion high-quality proton collisions, six times more than in 2015 and just shy of the total number of collisions recorded during the nearly three years of the collider’s first run, according to CERN.

Baarmand, Hohlmann and Yumiceva are all proud of the work being done both at CERN and at the Florida Tech campus analyzing the CMS experiment’s data. Nine Ph.D. students have come out of the program and gone into successful careers, and another student was awarded a prestigious fellowship at CERN—rare for a U.S. candidate. The team effort has also produced many publications in prestigious journals.

The quest to understand the universe keeps Florida Tech’s researchers thirsty for more data. “We may even have preliminary results by the end of summer,” Baarmand said. “Stay tuned.”

Emily Tomlin contributed research and content to this report.